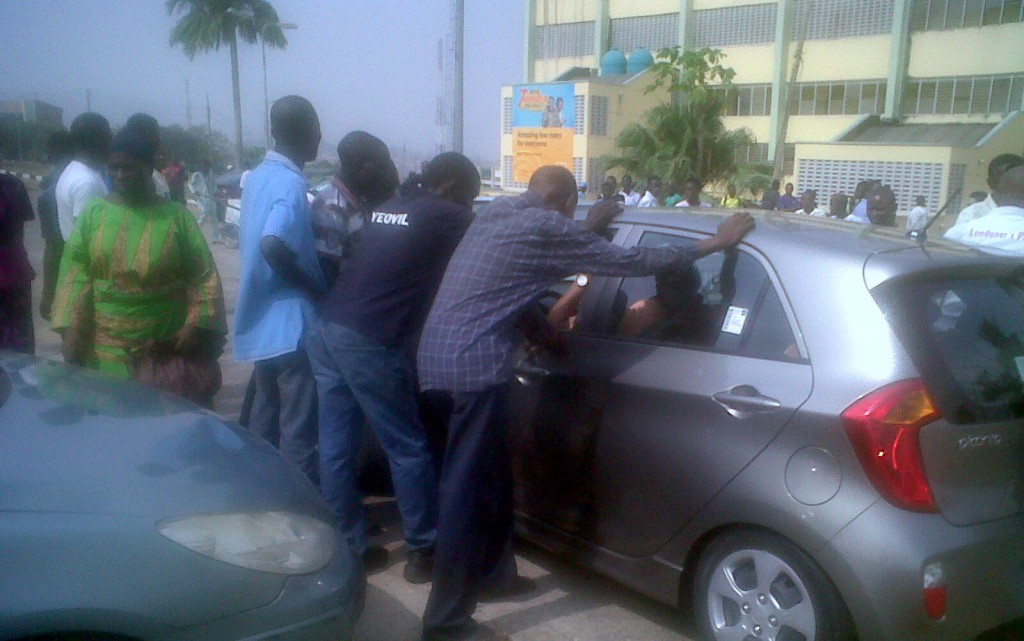 The Nigerian actors went to Ogun State to honour one of their dead colleagues.

Money doled out to hoodlums, often referred to as Area Boys, by some Nigerian actors led to a fight among the recipients on Wednesday in Abeokuta, the Ogun State capital.

The actors under the National Association of Nigerian Theater Arts Practitioners, NANTP, gathered in the town to honour the late Yoruba theater veteran, Akin Ogungbe, in a novelty match. The game was between the association and the soccer team of the Radio and Television Theater Arts Workers Union, RATTAWU. It was held at the Moshood Abiola International Stadium, Abeokuta.

The area boys, who were also part of the spectators during the match, swooped on the actors immediately the match ended.

Some of the actors whom the hoodlums harassed for money include Jide Kosoko, Saheed Balogun, Mr. Latin, Baba Suwe, Iya Awero, Dele Odule, and Elesho.

One of the area boys, upon collecting a “huge sum” from Jide Kosoko, the president of NANTIP, took to his heels not wanting to share the money with his colleagues. He was chased by his colleagues, and a fight and arguments ensued among them all, after they caught up with him.

The actors, not wanting to be dragged into the squabble entered into their various cars and sped off.

Some minutes later, the tension was brought under control by the fighters, without the intervention of any party, having agreed on the sharing formula of the largesse.

The burial ceremony of the late Mr. Ogungbe will continue on Thursday, with a lying-in-state and performing night, while his remains will be committed to mother earth on Friday.