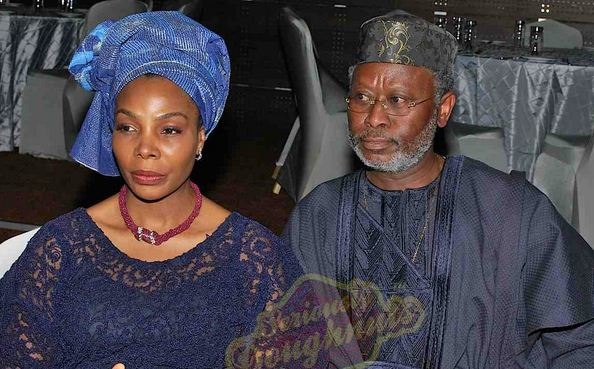 It was a union fraught with several controversies from the start.  After six years of marriage and several months of denials, Tunde Soleye, husband of former beauty queen and socialite, Nike Oshinowo, has confirmed in a recent interview that his wife had indeed moved out of their matrimonial home.

“We are no longer living together. Nike and I have sent out a joint statement on the issue. It is simple and clean. This is not a scandal. We had three options, the best of which is to tell the world the truth that we now live apart. We have been living apart for a couple of months now. We see occasionally. She calls me when she wants and I speak with her too. There’s no fight. I have been to where she lives. We are still friends. We are going through a difficult time and we will come out of it,” Mr. Soleye said.

This recent development comes amid claims that the couple have been living apart since mid 2012.  In order to stop the speculations surrounding the status of their marriage last year, they went to several lengths to debunk the stories making the rounds that the marriage had broken down irretrievably.

Also, in other to paint a ‘pretty’ and rosy picture, they stepped out together to the Folorunsho Alakija’s thanksgiving party in September, all in a bid to create the impression that all was well.

Inside sources claim that while Ms. Oshinowo now lives in Victoria Island, Mr. Soleye, who was once the physician to former military President, Abdulsallami Abubakar, has settled for Park View Estate in Ikoyi, Lagos.

It will be recalled that in 2009, the couple was in the news following a lawsuit filed by Mr. Soleye’s ex-wife Dr. Funmilayo Soleye, who claimed that he had been unfaithful with Oshinowo during their marriage.

The divorce proceedings between Dr. Soleye and his estranged wife held at a Lagos High Court, in November 2010.

Dr. Funmilayo claimed that her husband refused to grant her divorce; instead he brought a nuptial agreement prepared by his lawyer to be signed by her, Nike and him. She said she refused to sign the agreement and despite advising against her husband marrying Nike, he went ahead to have a formal introduction with the ex-beauty queen in January 2007.