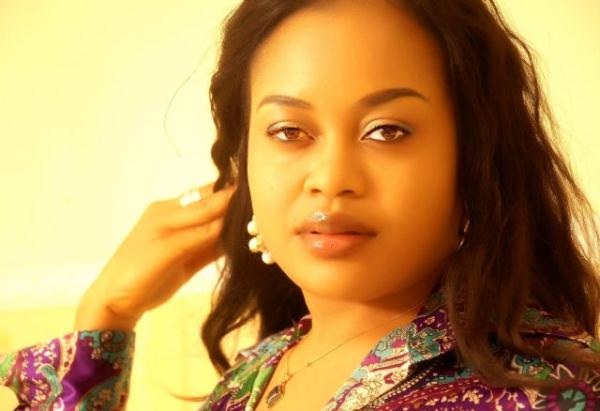 Nkiru Sylvanus is rumoured to have married the Senior Special Assistant to the Vice President.

One of the top stories currently making the rounds in the entertainment circles is the alleged union between Nollywood actress, Nkiru Sylvanus, and the Senior Special Assistant to the Vice President on Media and Publicity, Umar Sani.

The union is said to have taken place a few days after Sylvanus was released from the kidnappers’ den.

But Mr. Sani has debunked the claims as mere speculation with Sylvanus choosing to keep mum. According to her colleagues, the rumour was sparked off after a picture of the actress garbed in Islamic wedding attire and flanked by a woman, rumoured to be her mother-in-law, surfaced online.

Various sources claim that Mr. Sani has taken the actress, who is famous for her crying roles as a second wife, paid the N8m ransom money and also facilitated her political appointment in Imo State as the Senior Special Adviser on Public Affairs, despite hailing from Abia State.

Mr. Sani has simply described the tales as a figment of the peoples imagination.

“The report is very funny. How can you marry somebody you have not seen for over three months? The last time I saw her was in September so how can a marriage take place when the subject matters have not seen each other? I have not married Nkiru Sylvanus and if a wedding of such took place, people should be able to name the place, date and time. It is not true,” he told reporters at the Presidential Villa in Abuja on Monday evening.

“I read with dismay a report involving one actress, Nkiru Sylvanus and myself. The story catalogued my supposed relationship with the actress and that I bought her a house in Abuja and chain of cars, and also instrumental to her being appointed as SSA Lagos Liaison officer, when it was evident that she was not from Imo State but Abia.

“While I hasten not to deny that Nkiru Sylvanus is my friend, I want to clearly state that I have never bought her a house and neither have I ever bought her a car. These, obviously, are the figments of the imagination of the reporter who chose to file his report without a byline.

“Let me state that I did not, and have never approached Rochas Okorocha either personally or by proxy to help in engaging the said Nkiru Sylvanus, as she’s no stranger to the governor whom she has worked for his success at the polls (sic).

“We are aware of a conspiracy by entertainment journalists, especially of Imo extraction that are against her appointment to always pursue a line that will lead to her disengagement in the service of the state they claim was not hers. It should also be stressed that a governor has the right to select whoever he wishes to work with provided the person will help him achieve his objectives of service delivery to his state.

“Half truths and outright lies to juxtapose fiction upon twisted facts will only help in confusing people the more rather than serve the purpose for which it was intended which is to slander the couple.”