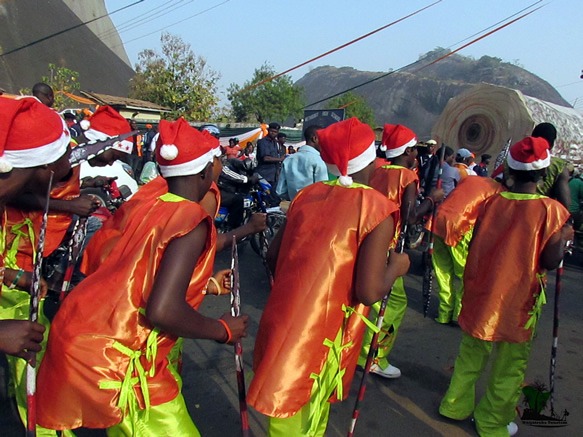 Ondo State has invited 50 local and foreign mountain climbers to take part in the 2012 edition of the Mare Festival.

The State Commissioner for Culture and Tourism, Deji Falae disclosed this on Monday at a news conference on the annual cultural festival, which has drawn the global attention to the state.

This year’s edition holds in the ancient Idanre Town in Ondo State from Thursday December 13 to Saturday, December 15.

Mr. Falae, who was flanked by his counterpart in the information ministry, Kayode Akinmade, said Idanre hills represent a reference point for Yoruba civilization which is not threatened by Western Culture and urbanization.

He said Idanre hill constitutes a common heritage that needs to be treasured as a unique testimony of an enduring past.

Highlighting activities lined up for the three-day event, the commissioner said the activities are typified by the acronym MARE, which was derived from the local parlance-Marebo (don’t fall).

“The Mare Festival is a symbol of the collective characteristics of a typical Ondo – State person. It represents the resilience, sportsmanship, daring, heartedness, adventurousness, handwork, responsibility, reliability, doggedness, solidity, uncanny ability of the state and its people to survive against any odds, Ise takun takun, reasonability and dependability”, he said.

He said young climbers had been discovered from the previous edition of the festival which featured participants from Spain and South Africa.

Mr. Falae said the people of the ancient town have been enthusiastic about the festival due to the increase in commercial and social activities during the festival.