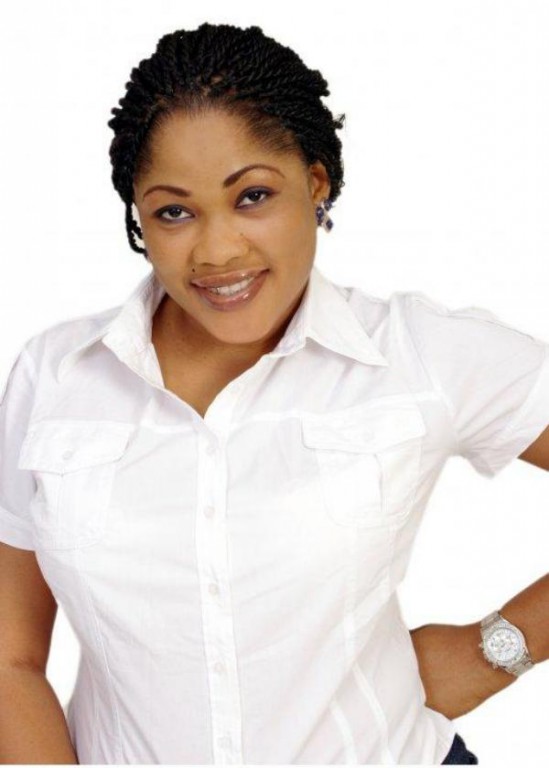 The last has definitely not been heard about the paternity scandal involving a former lawmaker, Dino Melaye and Yoruba actress, Bisi Ibidapo Obe, a few months back.

After series of accusations, counter-accusations and denials, Ms. Ibidapo-Obe gave birth to a baby girl at 9.a.m. on Friday at Reddington Hospital, Ikeja, Lagos, as against an initial decision to deliver in Canada.

The real news, however, is the fact that the baby girl bears a striking resemblance to Melaye, who once described Ibidapo-Obe’s claims as African Magic.

This development has been generating diverse reactions on social media networks, since the news broke a few hours back.

The controversial Yoruba actress, who is popularly called Bisi Omo logba logba, has reportedly challenged the Kogi State born law maker to undergo a DNA test so as to ascertain the child’s paternity.

At the peak of the milieu, Ms. Ibidapo-Obe who has in the past been romantically linked to Pasuma, Kwam 1 and many others, travelled to Ghana to avoid the dust the controversy generated.

The social media-loving Melaye is yet to make any statement on his Twitter account and is yet to respond to calls or texts sent to his number repeatedly.

Constitutional angle to Operational Autonomy of the Nigeria Police