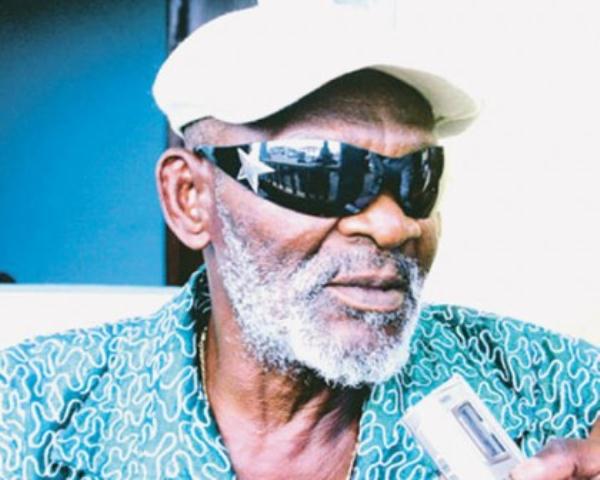 The artiste, one of Nigeria’s oldest surviving singers, is most famous for his hit track, ‘Won kere si number wa’.

According to the septuagenarian, his late wife had been admitted in the hospital for months before her eventual death on Friday, November 23, 2012.

He traced the origin of her illness back to December 2011, prior to Christmas celebration, when a firework thrown into his house hit and affected his late wife’s leg.

The incident resulted into complications days after, while several attempts to treat and heal the leg proved abortive until she finally gave up the ghost.

Gold, whose stage name is Esubiyi, is most famous for her lead role in “Aiye Ogun Omo Arayele”-the first Yoruba movie to be shown on NTA Nigerian Television Authority back in the days.

Blessed with 15 children already, Rolling Dollar who recently welcomed child number 16, says he is still interested in fathering babies for as long as he can.

Having been involved with two other women-a German and a Nigerian who bore him children, apart from his first wife who died in 1999, Pa Rolling Dollar also added that he is capable of taking yet another wife.

The artiste, one of Nigeria’s oldest surviving singers, is most famous for his hit track, ‘Won kere si number wa’.

In the last few years, he has featured in several songs by a number of established as well as up and coming hip hop artistes.