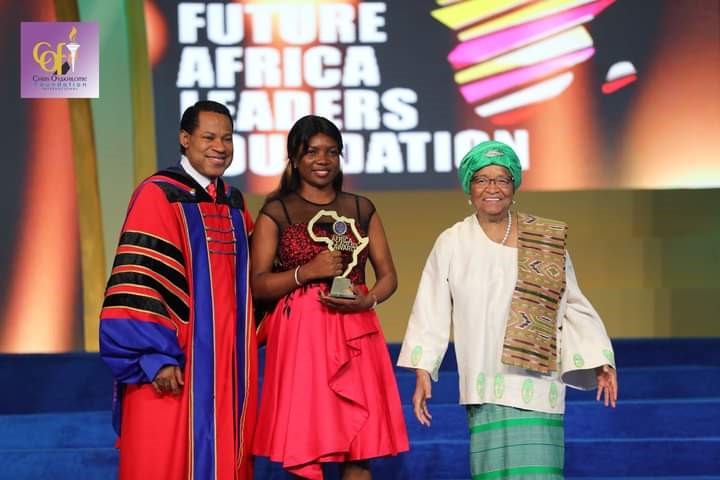 Gunshot sounds echoed in the home of Lovelyn Endne every night. Apart from the psychological effect on her little children of seeing people being killed nearly every day, Mrs Endne was afraid her family members, too, could be killed.

Over 3,000 have lost their lives since an armed conflict started in 2017 between government troops and secessionists who want to take the English-speaking Northwest and Southwest regions out of Cameroon.

The conflict began after security forces cracked down on lawyers and teachers protesting the imposition of French language on schools and courts in the regions.

The conflict has displaced at least 700,000 people, including Mrs Endne and her husband, who fled with their two kids from Babessi, their village in the Northwest, to the Southwest town of Kumba.

The 25-year-old was pregnant with their third child when the family fled Babessi where her husband was a smallholder farmer.

Life became very hard after they arrived Kumba in early 2020. Unable to secure a job and driven crazy by their children’s daily cry of hunger, her husband had disappeared one morning. Mrs Endne does not know where he is.

His disappearance firmly placed the burden of caring for the children on Mrs Endne. Things got even worse following the nationwide COVID-19– lockdown between March and June in Cameroon last year when prices of food and their other needs skyrocketed.

As her pregnancy entered its sixth month, her family’s day-to-day life became an ugly mixture of hunger, frustration and uncertainty.

“Things were very bad,” she said.

But in July 2020, relief came to the family from an unexpected source. One morning that month, a young woman had visited Mrs Endne at her home and handed her a big sack. In it were a 4kg bag of rice, beans, vegetable oil, a pack of Maggi food seasoner, tablets of soap and rolls of detergent.

Heline Babiene Eweni told Mrs Endne the gift was from her organisation, Exceptional Youth Initiative. She explained that the family was one of 30 households in Kumba it was supporting to cope with the impact of the conflict and the economic effect of COVID-19.

Miss Eweni further told Mrs Endne she would receive a grant of 100,000 Francs (nearly $200) to start a small business so that she could keep supporting her family.

With the money, Mrs Endne has been trading in rice, beans, tomato paste, garri (cassava flour grains) and other food items. She makes between 5,000 and 10,000 Franc ($9.3 and $18.7) as profit every week, which she said, has been key to her family’s sustenance.

“The business has helped me because from there I feed my children, buy clothes and also buy medicine when my child is feeling ill,” she said.

For Mrs Endne, Miss Eweni is God-sent. They call her a caring grandma, even though Eweni is just 24 years old, “because she is just like a mother to me.”

It is not only Mrs Endne who calls her ‘Iya’ another local word for mother. Many young people around Kumba, especially those who have benefitted from her organisation’s work, call her that, too.

35-year-old Sally Eweh had also fled her hometown of Bamenda in Northwest Cameroon to Kumba and now trades in fruits after receiving 50,000 Franc to start a small business.

She says they call Miss Eweni Grandma because beyond giving material support, she also offers emotional help to suffering people around her. That kind of tender care, Mrs Eweh says, is characteristic of a loving grandmother.

Miss Eweni had herself become an orphan when her mother died of sickness in 2015, two years after her father’s death. This forced her and her four siblings to start working early to fend for themselves and their education.

She says her personal experience inspired her to start the Exceptional Youth Initiative as a vehicle to lend support to the poor and the vulnerable.

Since she registered the group as a nonprofit in 2018, hundreds of displaced people in Anglophone Cameroon have benefitted from its humanitarian outreaches.

The beneficiaries include over 3,000 displaced pregnant women and girls who got laundry and sanitary products like diapers, detergents, toilet soaps and others for about six consecutive months in 2019.

Her organisation has also paid for antenatal care for 10 displaced pregnant girls who could not afford the service and helped two children who had cataracts to receive free eye surgeries.

Another 130 families in Kumba have received food packages similar to those the Endne family got. Ten women have each also received at least 50,000 Franc to start a new small business or support an existing one.

A teacher with a degree in English from the University of Buea in Cameroon, Miss Eweni is also a child rights advocate. She appears on radio programmes advocating children’s right to unhindered education.

She is also a youth pastor at Christ Embassy Town Green in Kumba, with at least 45 teenagers under her pastoral care.

After reviewing Miss Eweni’s work, the foundation had named her its 2019 star prize winner with a $35,000 cash support, which Miss Eweni says has boosted her work.

By the way, Mr Oyakhilome is the founder of Loveworld Inc., also known as Christ Embassy Church. It is one of its local assemblies in Kumba that Miss Eweni pastors. 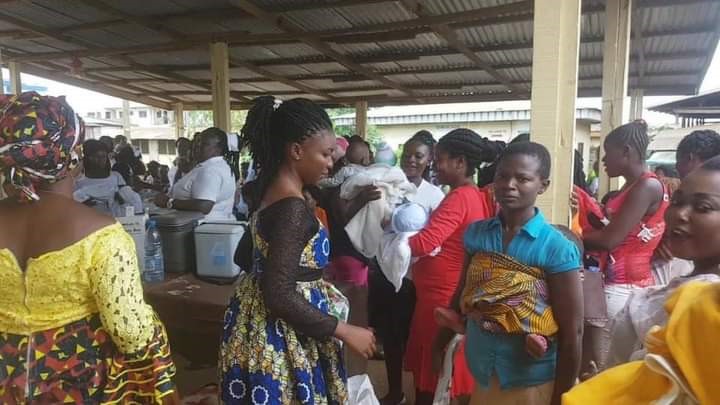 In recent times, Miss Eweni has had to endure many challenges to keep her work going. For example, since the Coronavirus pandemic broke out in Cameroon, she has been unable to raise meaningful fund.

“There are people I would have loved to visit to request their support, but they are afraid to receive guests because of the pandemic,” she says, noting that such requests are best-communicated face-to-face with potential donors.

Also, since 2018, her network of volunteers has reduced to just 10. About 20 others have fled to the French-speaking regions as the conflict intensified in their hometowns.

Miss Eweni is also mindful of her own safety because not even Kumba is entirely safe.

In October 2020, suspected secessionists stormed a school in the town and killed seven schoolchildren. Separatists have declared every Monday a “no-movement” day in Kumba.

Yet, Miss Eweni says these challenges will not dampen her determination to support those in need. She will keep pushing.

In addition to her belief that giving support is her mission and her personal experience that inspired it, Miss Eweni also draws strength from the lives and works of women who have stood up for vulnerable female groups and whose lives inspire courage among young girls globally.

Her role models include Ellen Johnson Sirleaf, the economist-turned-politician who became the first female president in Liberia and Africa (2006-2018) and has worked to advance women’s rights.

In Kumba, Mrs Endne prays for the Anglophone conflict to end soon so that her family can return to their farms in Babessi. Meantime, she intends to grow her small business. “It is our only source of survival,” she says.

[NOTE: This article was produced with the support of the USC Center for Religion and Civic Culture, the John Templeton Foundation, and Templeton Religion Trust. Opinions expressed do not necessarily reflect the views of these Organisations.]