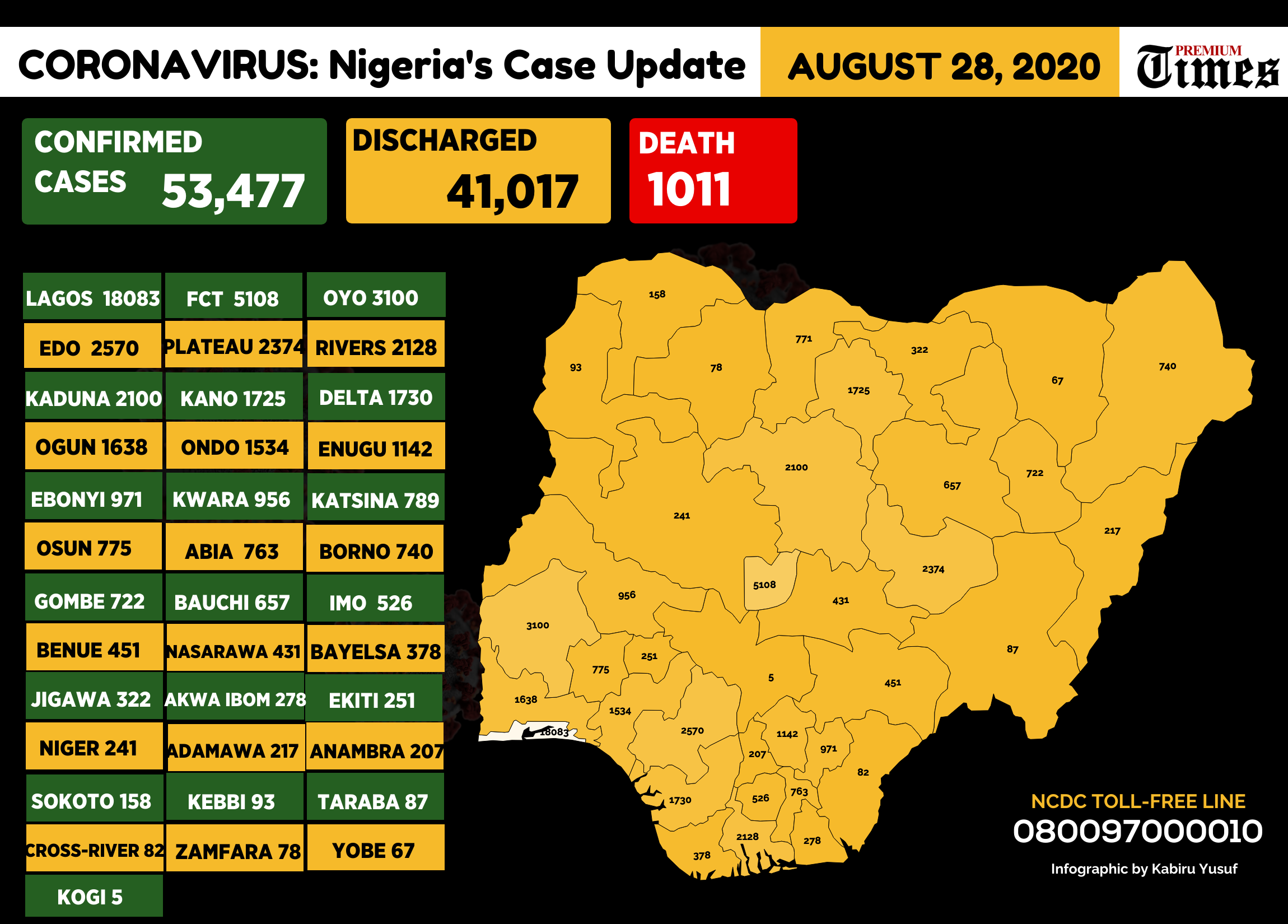 On Friday, 160 new infections were found in the nation, the lowest daily tally since May 6 when 148 cases were reported.

According to the Nigeria Centre for Disease Control (NCDC), the latest figure brings the total number of infections in the country to over 53, 477.

For the third consecutive day, Plateau had the highest number of new cases with 44 infections on Thursday. Lagos and Katsina followed with 27 and 18 cases respectively.

Lagos remains Nigeria’s coronavirus hotspot with over 18,000 infections and 202 deaths.

But some believe the numbers may not entirely give the full picture because of the country’s low testing regime amid a continued rise in community transmission, according to health experts.

Nigeria has tested nearly 400,000 of its 200 million population since the country reported its index case on February 28 in an Italian traveller.

Meanwhile, the number of deaths from the virus remained unchanged on Friday.

No deaths were recorded on Friday, meaning that the total number of deaths from the virus remains 1,010.

The NCDC in its daily update of the infection on its verified Twitter handle @NCDCgov stated that out of the 53,477 infections so far, 41, 017 persons have recovered and have been discharged.

Nigeria is the third most impacted country in Africa with South Africa recording the highest number of coronavirus cases on the continent.

Over 1.2 million infections have been recorded in the continent of over 1 billion people.