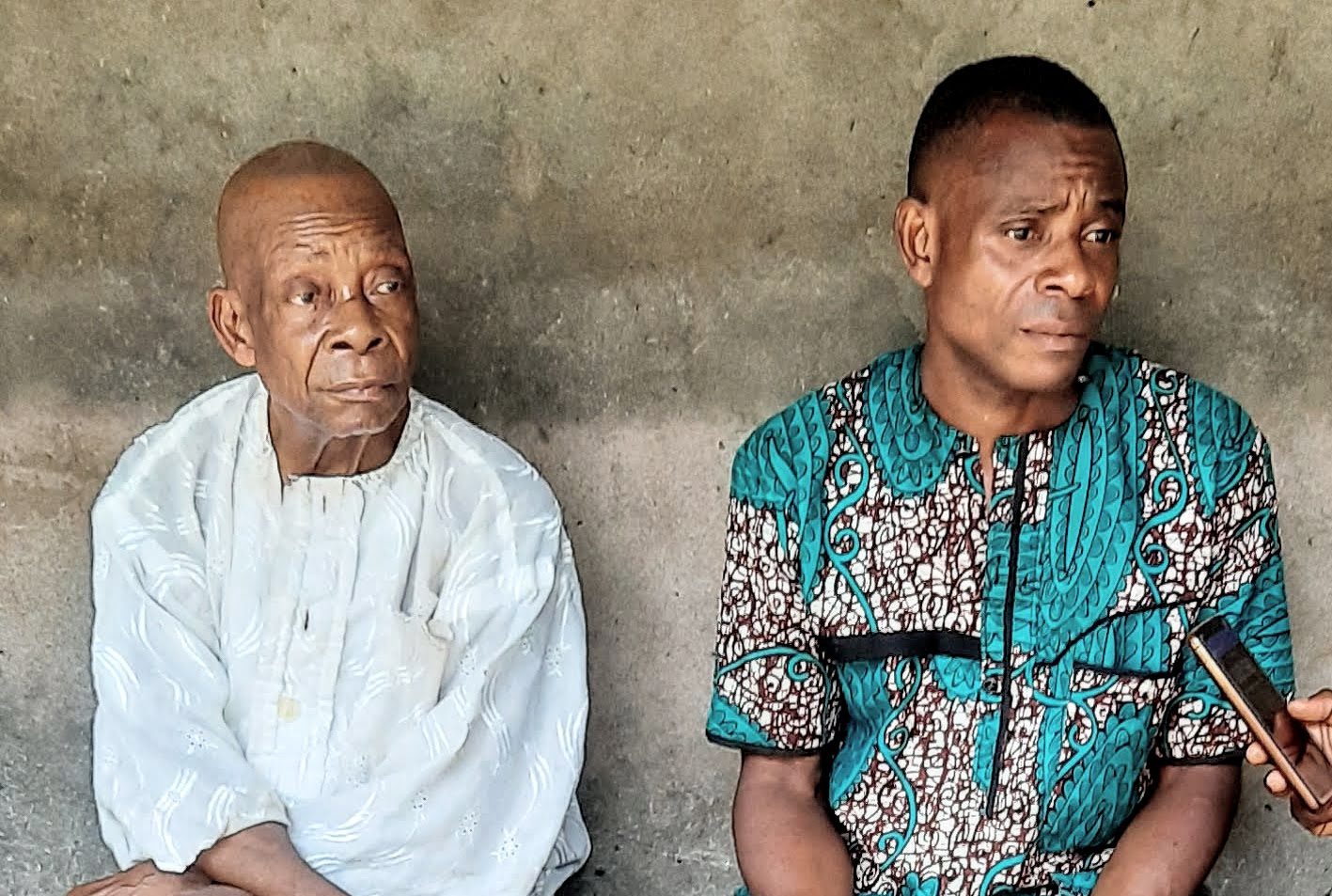 Items procured by the Akwa Ibom State Government for distribution to vulnerable people as palliatives against the impacts of the COVID-19 restrictions were grossly insufficient , findings have suggested,

The findings, based on investigation conducted in the oil-rich Niger Delta state, including interviews with civil society activists, residents and partisans, provide an explanation for the promise-delivery gap regarding the COVID-19 palliative items in the state.

Measures to contain the virus had made governments to restrict movements, thereby significantly halting most socio-economic activities. In Nigeria, where many people depend on going out daily to scrape together some money to survive, the restrictions exacerbated people’s hardship.

It was against the background that the state government in Akwa Ibom announced measures to provide palliative items for the vulnerable citizens impacted by the restrictions. This was done by several other states, supported by corporate and individual philanthropists.

“I did not receive anything,” Itoro Abasi, 69, said, reacting to the government’s palliative promise. Mr Abasi is the head of one of the 11 family units that form Ikot Okwot, a community in Nsit Ubium LGA of the state.

The Secretary to the State Government and Chairman Akwa Ibom State COVID-19 Management Committee, Emmanuel Ekuwem, in a signed publication published in a local newspaper, Midweek Pioneer, of June 24-25, announced a total cash donation of N298.1 million from the Niger Delta Development Commission, and individual and corporate philanthropists.

According to Mt Ekuwem, non-cash donations included medical items and 4,895 bags of rice, of which 1,400 are 50kg and the rest 5KG, from the Tertiary Education Trust Fund, the Goodluck Jonathan Foundation, the Federal Government, Greenwell Technologies and Allcare Health Services.

In addition, 1,450 5kg bags of Semovita, 450 cartons of spaghetti and 100 units of 50kg bags of garri were received as well as 250 smoked fish donated by the Catfish and Allied Fish Farmers Association to support the state towards cushioning the effects of COVID-19 pandemic.

Mr Abasi’s claim was just a window to lamentations of others whose expectations following the government’s promise were unmet.

Inyang Archibong, a 65 year-old widow in Nsit Ubium LGA, trades in local gin at the Oron Jetty – on the river boundary between Akwa Ibom and Cross River states.

“The time the government asked us not to go out, I stayed at home but I did not receive anything from the government,” Mrs Archibong said. “That is why I have to come out to sell to have something to eat. I heard that some people were given some food items but I didn’t see anything.”

She said the closure of borders over the pandemic adversely affected her business and appealed to the government for financial support to enable her buy food and basic items.

Peace Okon, an unmarried hairdresser from Nung Atai in Oron LGA on her part, bitterly complained that “everything is totally down” due to the pandemic as there was no financial inflow again as a result of low patronage.

“This has affected my business and I didn’t see anything called palliative, although I heard they gave rice, but they shared it in PDP. It’s only PDP members that told me that they received one cup, some will say they received 2 cups of rice,” Ms Okon claimed.

Too little to go round

Mr Abasi’s son, Gideon, is the vice president of the youth of the Ikot Okwot community. He said the food items that reached the village were too small to be distributed.

“We got information that we should come out to see the gift from the government but when we got there, what we saw could not be shared to individuals,” he said. “As a result, the village head directed that the items be shared to orphans. So we gave each family 15 cups of garri and two cups of flour.”

Sunday Ukem, a commercial cyclist, has a family of seven. He told PREMIUM TIMES at Nung Udoe Junction at Ibesipo Asutan in Ibesipo Local Government Area that he received five cups of beans, three cups of rice and a little measure of flour from the items sent to the village. “They gave everybody in my village; everybody got something,” he said.

Mr Ukem said all he got did not feed his family for a day. But he was lucky that he could continue working during the lockdown. He combines his motorcycle taxi work with farming.

Emmanuel Friday, another commercial motorcyclist in Abak, has a family of nine. Riding ‘okada’ is all that he does and was thus severely affected when the lockdown forced him to stay at home for more than three months. He said the government’s palliatives offered his family only little relief.

“They gave a cup of rice to each woman. Because they could not give to everybody, only women who registered with the woman leader got the palliative. It was my community that decided to share to women.”

The chairman of Civil Liberty Organisation in the state, Franklyn Isong, criticised the composition of the state’s palliative committee on COVID-19 and the modality adopted for the ineffective distribution that failed to impact the targeted poor.

Mr Isong said the initiative was “unintentionally programmed to fail” considering that the committee members were drawn from the ranks of political appointees like commissioners, lawmakers, local government chairmen and secretaries; parties loyal to the ruling party, apart from the representatives of the Christian Association of Nigeria, CAN, and village heads.

He observed that a committee of such nature with the exclusion of civil society and the media would not deliver on its mandate.

Mr Isong said that the palliative items did not trickle down to the vulnerable that deserve them. “The people who were more than downtrodden did not get it’ because it was based on political patronage, compensation or party arrangement,” he said.

In the same vein, the Akpaha Oro, Ulo Uye, the second-in-rank to the monarch of Oro Nation comprising five local government areas and treasurer, Council of Oro Traditional Rulers, told PREMIUM TIMES that the distribution was politicised.

“Unless you are a member of the PDP, then the palliative does not come to you. It couldn’t go round, and the little they had was shared out on party basis.

Mr Uye explained that at the point of mobilising the people for the exercise, the Oron council had assured the people that there would be discrimination in any form but were surprised when it got the feedback from those sent to monitor the process that sharing was done “among who voted PDP or voted APC. So they just selected their PDP people and started distributing.”

However, the spokesperson for the ruling PDP in the state, Ini Obong, dismissed the allegations that membership of the palliative committee was politicised; noting that appointees of government stopped acting for the party the moment they were appointed. HE said the PDP like other parties had no representation on the committee.

However, Mr. Obong said although the items were meant for the most vulnerable people, due to the sudden outbreak of COVID-19, “wealthy citizens” who ordinarily should be excluded from the scheme also became exposed that they had to lay claims as taxpayers needing support.

“Palliatives is meant for the vulnerable people but when you find well-to-do-people coming to share palliatives and you say no, this is what government is bringing and they said even they themselves have become vulnerable by the reason of COVID-19, what do you do?” he queried.

Mr Obong claimed that enough food items were sent to communities but distribution, which was not done by the government but multi-level sectoral stakeholders, could be another challenge.

The PDP spokesperson concluded that since no government made budgetary provision for the pandemic, it would take emptying the coffers of the state to sufficiently provide support for the citizens.

The opposition APC chairman, Ini Okopido, told PREMIUM TIMES, before his death in August, that he heard about the “insignificant’ palliative” from the state government through the social media.

“A few people said they got one cup of rice and garri or what have you,” Mr Okopido had said.

Nothing came of the efforts to get an official from the government. Calls and messages sent through SMS and WhatsApp to the Secretary to the State Government and the Chief Press Secretary to Governor Udom Emmanuel, Ekerete Udoh, by the reporter were not answered and replied.

The state government had on April 14 declared a lockdown to curtail the spread of COVID-19 in the state and promised to provide food items to poor residents to enable them to cope during the lockdown. But findings at local communities indicate that the target poor were largely shortchanged.

From five cases on April 1, the state’s cases have risen to at least to 271 in the third week of August, 220 of which have been treated and discharged