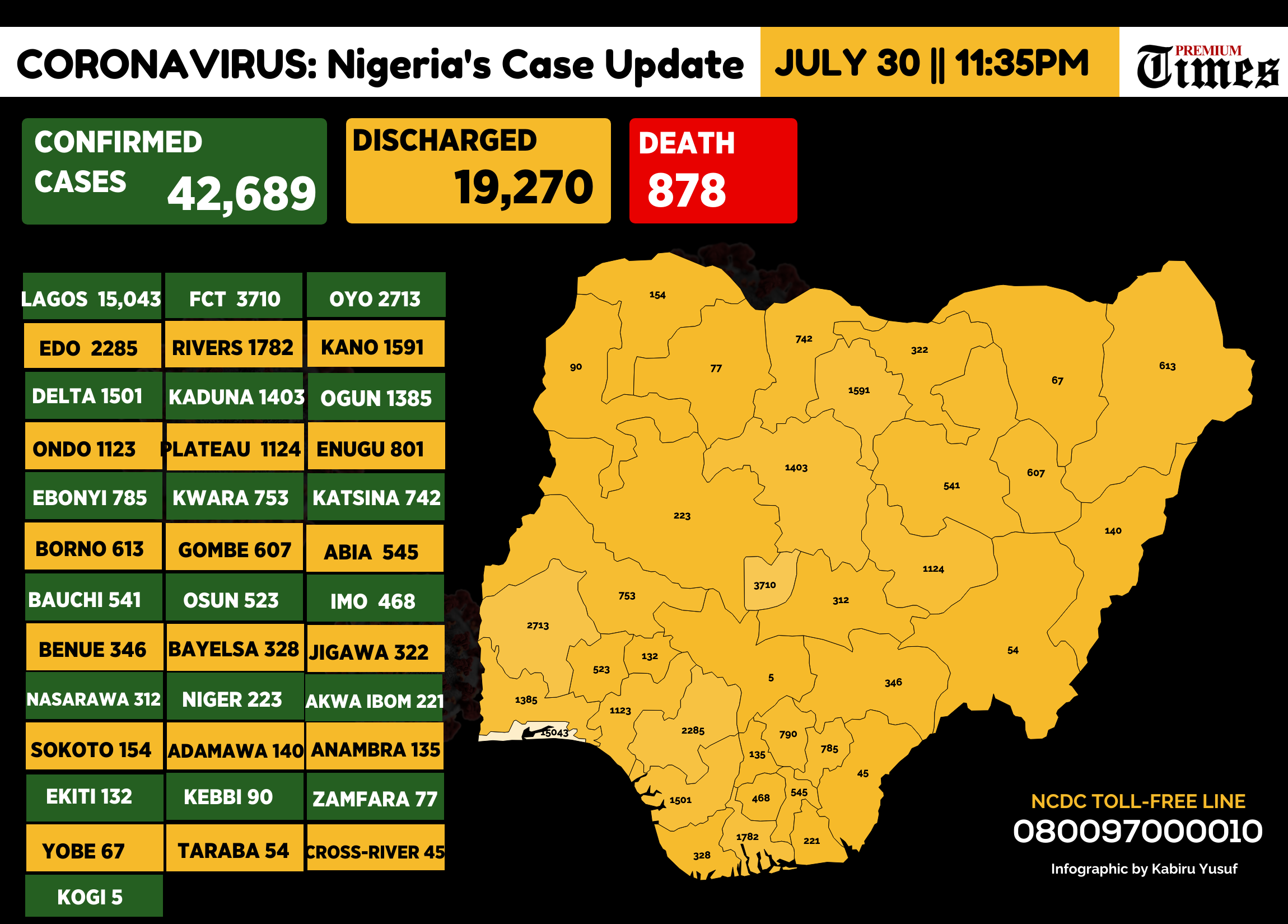 The Nigeria Centre for Disease Control (NCDC), on Tuesday night, announced 481 new cases of COVID-19, bringing the total number of infections in the West African nation to 42,689.

According to the NCDC, out of a total 42,689 infected persons so far, 19,270 have recovered and have been discharged after treatment in the country’s 36 states and the Federal Capital Territory (FCT).

The new cases, according to the NCDC, were found in following 17 states:

About a third of Nigeria’s cases (15,043) were recorded in Lagos, the country’s commercial capital. The second most affected place in Nigeria is Abuja, the capital city with 3,710 cases.

Nigeria is Africa’s third most impacted behind only South Africa and Egypt. The federal and state governments are working to increase testing as authorities stress that cases definitely far exceed the current tally with less than 300,000 people tested so far.

While Nigeria continues to record hundreds of new COVID-19 cases daily, the country has also had to reopen its economy as authorities seek to balance health needs with the economic needs of the populace. Schools are being reopened gradually, domestic flights have resumed, while markets and religious centres are also gradually being reopened.