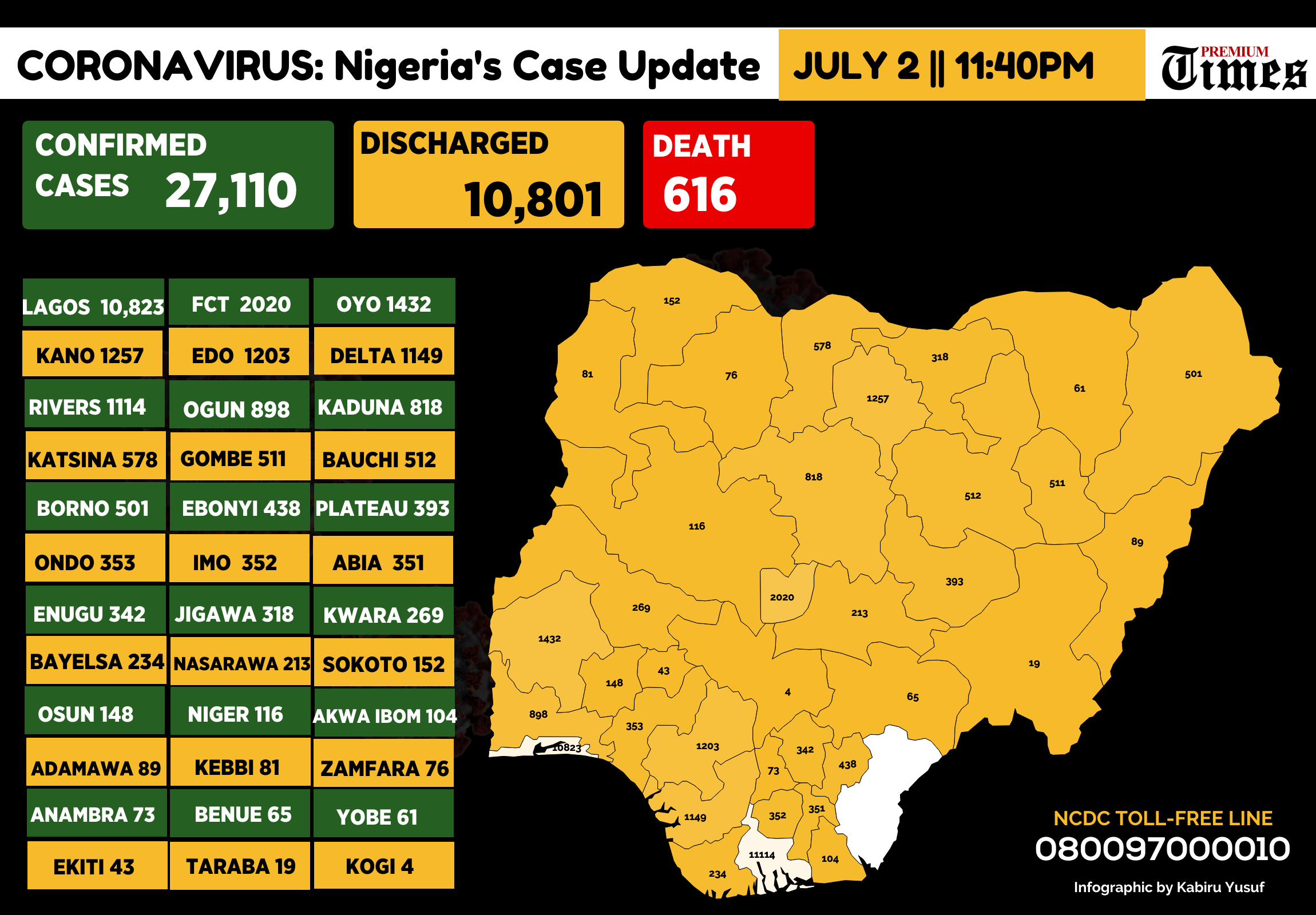 The Nigeria Centre for Disease Control (NCDC) has announced 626 new cases of COVID-19, bringing the total number of confirmed cases in the country to 27,110.

The Ondo commissioner for health, Wahab Adegbenro, was reported to have died from the virus on Thursday.

There was a drop in the number of confirmed cases reported on Thursday (626) compared to what was reported on Wednesday (790).

Wednesday’s figure was the country’s highest yet.

The health agency in a tweet Thursday night said the new cases were reported in 20 states.

As of the time of reporting, 35 states and the FCT have recorded at least a case of the disease. Only one state, Cross River, is yet to officially report any case of the virus although there are controversies about it.

Lagos remains the epicentre for the disease in the country. Zamfara has not reported any new confirmed case in the past 45 days.

Since the onset of the COVID-19 outbreak in Nigeria in February, NCDC said 141, 525 samples have so far been tested.

The Director-General, NCDC, Chikwe Ihekweazu, during the Presidential Task Force briefing on Thursday, said “Statistics show the major drivers of COVID-19 spread are the younger populations, however people with underlying medical conditions and the elderly are most vulnerable.”

He said people over 50 years and those with preexisting medical conditions like diabetes are at a higher risk of complications due to COVID-19.

“We must take responsibility to keep them safe,” he added.

Nearly half of Africa’s COVID-19 patients have recovered