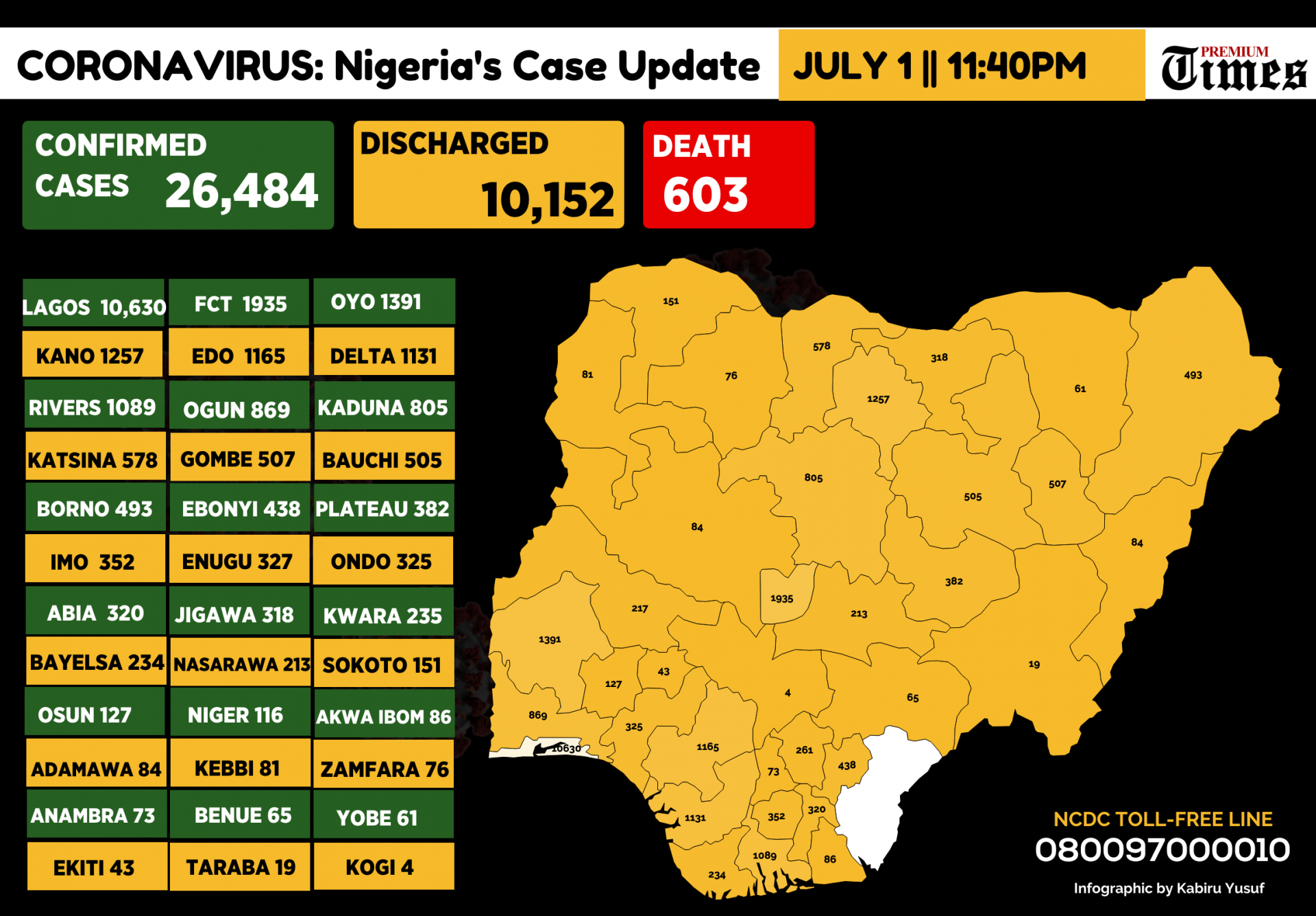 Nigeria on Wednesday recorded its new highest daily figure of confirmed COVID-19 cases, as 790 new infections were announced by the Nigeria Centre for Disease Control (NCDC).

With the latest update, the total tally of infected people in the country rose to 26,484 from 25, 694 reported on Tuesday evening.

Previously, the highest daily COVID-19 cases was 779, which was recorded on June 28.

The health agency in a tweet Wednesday night said the new cases were reported in 21 states.

Delta State reported the highest figure from the cases announced Wednesday. This was also the highest confirmed daily cases reported by the state yet. However, Lagos remains the epicentre for the disease in the country.

As of the time of reporting, 35 states and the FCT have recorded at least a case of the disease. Only one state, Cross River, is yet to officially report any case of the virus.

Since the onset of the COVID-19 outbreak in Nigeria in February, NCDC said 138,462 samples have so far been tested.

With the daily increasing cases and deaths , NCDC has said people over 50 years and those with preexisting medical conditions like diabetes are at a higher risk of complications due to COVID-19.