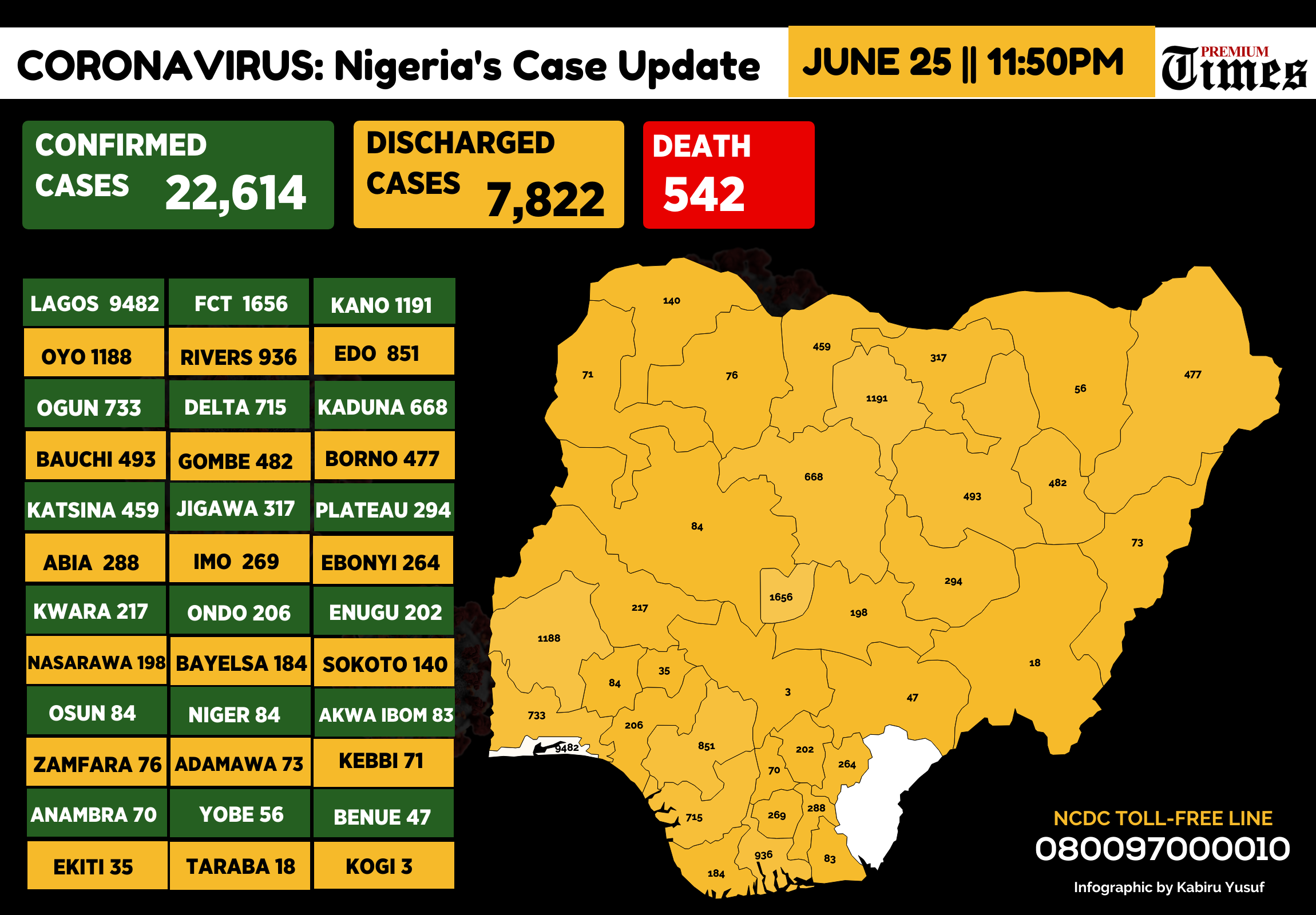 Infograph showing cases of coronavirus in Nigeria as at 25th June, 2020

Nigeria’s tally of confirmed COVID-19 cases rose to 22, 614 on Thursday as 594 new infections were announced by the Nigeria Centre for Disease Control (NCDC).

The former governor of Oyo State, Abiola Ajimobi, was one of the people reported to have died from the virus on Thursday.

The health agency in a tweet Thursday night said the new cases were reported in 22 states.

As of Thursday, 35 states and the FCT have recorded at least a case of the disease. Only one state, Cross River, is yet to report any case of the virus.

In the last one week, states like Oyo, Delta, Ogun have been reporting increasing numbers of infections daily.

Lagos recorded the highest daily figure of the infection on Monday, and remains the epicentre for the disease in the country.

Also, Delta reported its highest confirmed cases yet, since the beginning of the outbreak.

Meanwhile, states like Kogi and Jigawa have not reported any new case in over one week.

NCDC said “On June 25, 594 new confirmed cases and 7 deaths were recorded in Nigeria.

Since the onset of the outbreak in Nigeria in February, NCDC said 122, 155 samples have so far been tested.

Cases of the virus have continued to increase significantly in Nigeria.

The NCDC said in the absence of a vaccine to prevent the spread of the disease, Nigerians should focus on non-pharmaceutical interventions such as using face masks, physical distancing and frequent hand washing to keep themselves safe from the virus.