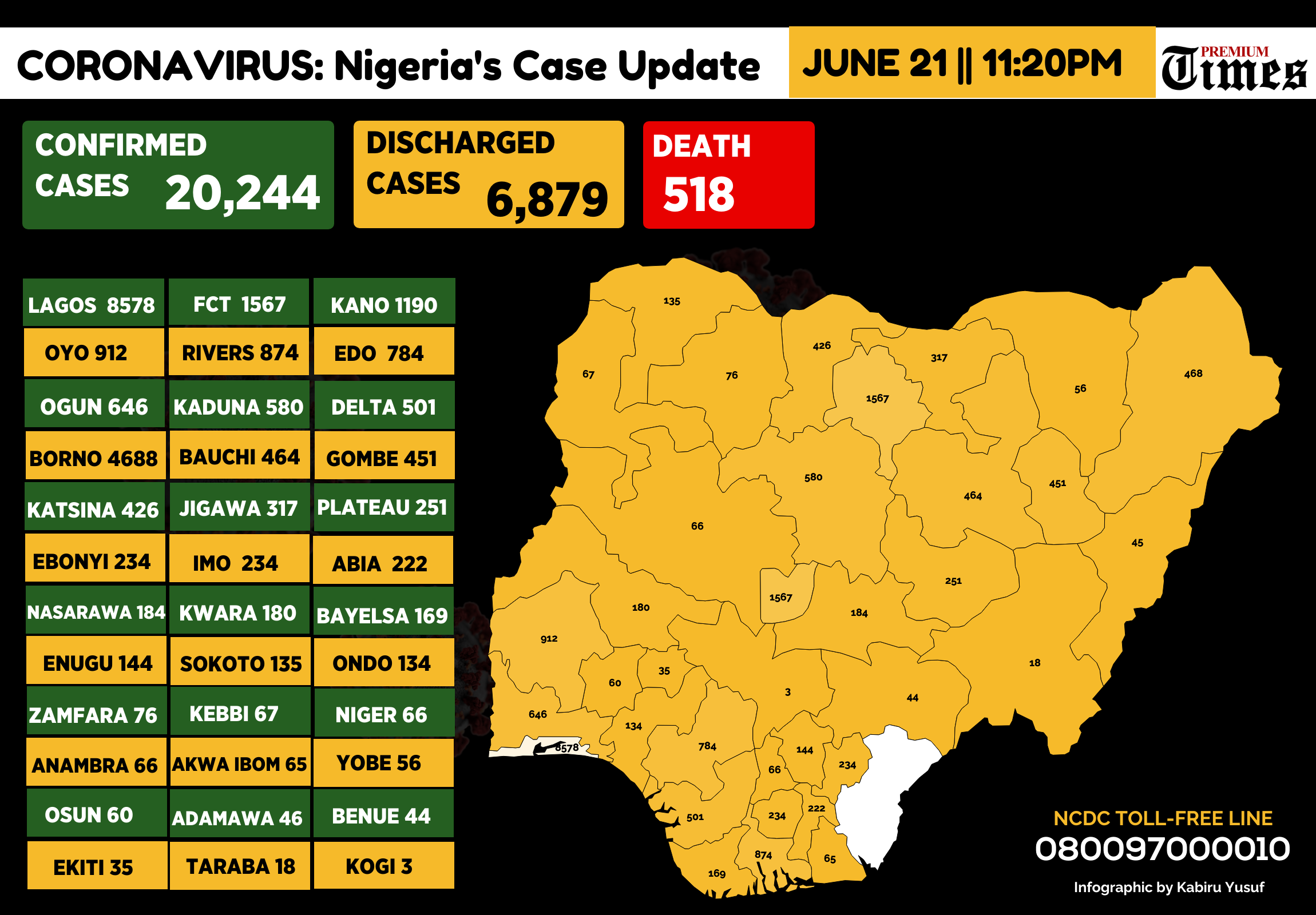 Infograph showing cases of coronavirus in Nigeria as at 21st June, 2020

The Nigeria Centre for Disease Control (NCDC) has announced 436 new cases of COVID-19, bringing the total number of confirmed cases in the country to 20,244.

There was a drop in the number of confirmed cases reported Sunday evening (436) compared to what was reported on Saturday (661).

The health agency in a tweet Sunday evening said the new cases were reported in 19 states.

Lagos recorded the highest daily figure of the infection and remains the epicentre for the disease in the country.

According to NCDC, on June 21, 436 new confirmed cases and 12 deaths were recorded in Nigeria

Since the onset of the outbreak in Nigeria in February, NCDC said 113, 575 samples have been tested.

As of the time of reporting, there are 12, 847 active cases of COVID-19 in the country, while 6,879 have recovered and have been discharged.

NCDC has attributed the increasing numbers of confirmed cases in the country to the increase in the number of testing centres.

NCDC said in Kaduna State, Africa Centre for Disease Control, AfricaCDC in collaboration with NCDC, is supporting Giwa LGA with wide community sensitisation in preparation for mass #COVID19 testing in the area