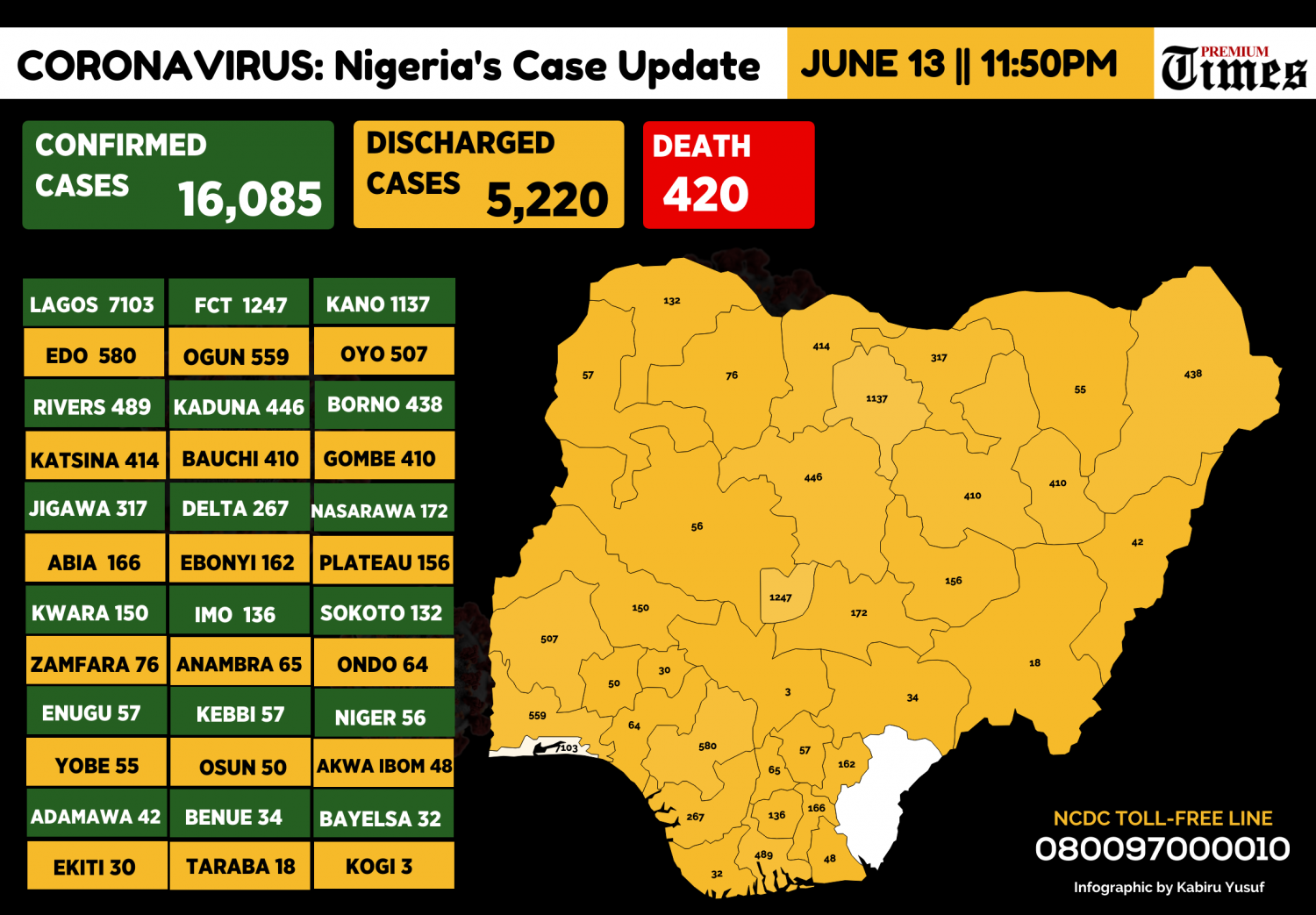 Infograph showing cases of coronavirus in Nigeria as at 14th June, 2020

The Nigeria Centre for Disease Control (NCDC), on Sunday, announced 403 new cases of COVID-19, bringing the total number of confirmed cases in the country to 16,085.

The health agency in a tweet Sunday night said the new cases were reported in 20 states.

Gombe for the first time since the beginning of the outbreak recorded the highest daily figure of the infection. However, Lagos State remains the epicentre for the virus in the country.

Since the onset of the outbreak in Nigeria in February, NCDC said 92, 924 samples have so far been tested.

Many Nigerians believe the country has not done enough testing. Nigeria is also beginning to witness community transmission of the virus.

Elderly people and those with underlying health conditions are more at risk of contracting or dying from the virus.

NCDC in a tweet on Sunday said currently, there is no evidence that pregnant women are at higher risk of infection or complications from COVID-19

However, due to changes that may occur during pregnancy, pregnant women are advised to reduce risk of exposure by staying at home.

FACT-CHECK: Are Indians throwing their gods away to follow Christ?

Were zoo animals in Chicago freed to join the George Floyd protests?