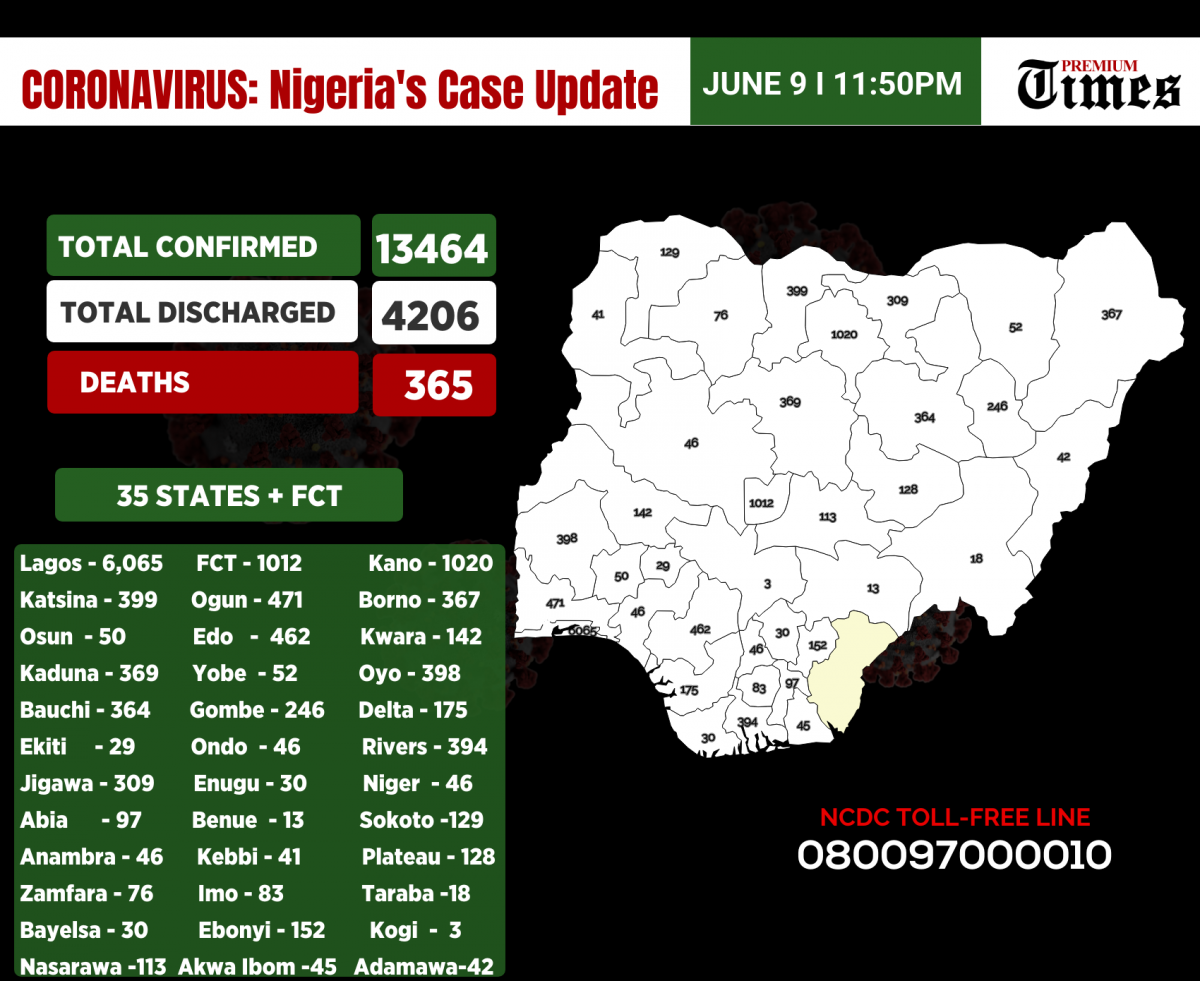 Infograph showing cases of coronavirus in Nigeria as at 9th June, 2020

Nigeria on Tuesday recorded a new highest daily figure of confirmed COVID-19 cases as 663 new infections were announced by the Nigeria Centre for Disease Control.

With the latest update, the total tally of infected people in the country rose to 13, 464 from 12, 801 reported on Monday evening.

Previously, the highest daily number recorded was 553 on May 31.

In the past weeks, the numbers of infections and deaths in the country have increased. The number of recovered and discharged patients from the virus is also increasing daily.

Since the onset of the outbreak in Nigeria in February, NCDC said 79, 948 samples have so far been tested.

As at the time of reporting, there are 8, 893 active cases of COVID-19 in the country, 4,206 have recovered and have been discharged.

In a bid to contain the spread of the disease, the government has been intensifying its effort to get more Nigerians tested for the virus.

NCDC in a tweet earlier on Tuesday said three additional laboratories had been activated in the following states, Oyo, Akwa Ibom and Jigawa.

“This brings the total number of labs with capacity to test for #COVID19 in Nigeria to 33,” it said.

The health agency said it is working on adding laboratories in Kwara, Gombe, Ekiti, Ondo and Abia.

Mr Ihekweazu in an interview with Arise TV said the country is not yet where it is meant they government want it to be in the response to COVID-19.

“We recognise that we started from a very low base, with inadequate health infrastructure to respond to an outbreak of such magnitude,” he said.

“What we have regardless is a vibrant workforce, working round the clock to control #COVID19Nigeria.

“We have reagents for about 200,000 tests across our lab network, however our testing capacity is grossly under-utilised.

“We’re challenging states to collect samples from the right people,” he said.