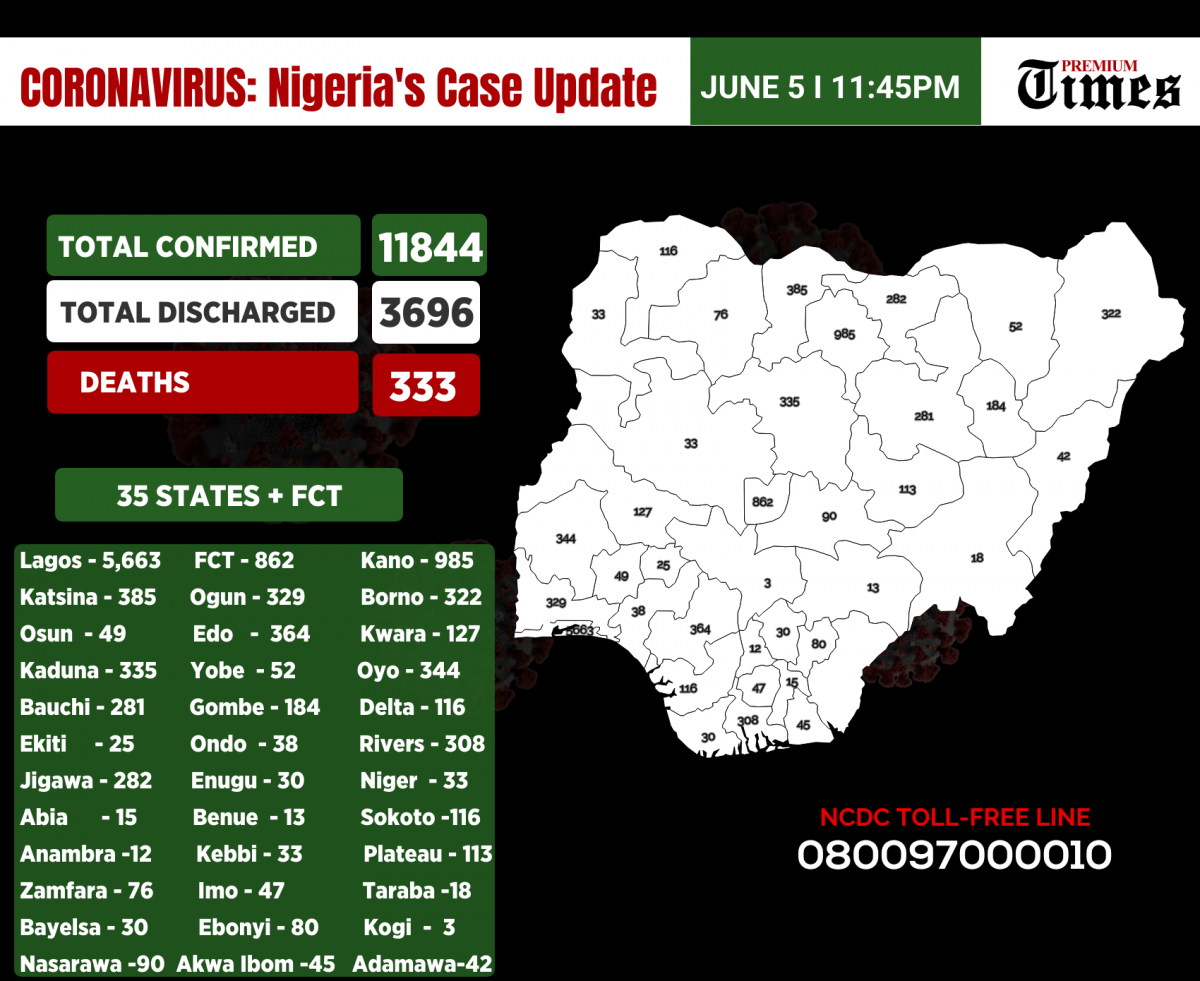 Infograph showing cases of coronavirus in Nigeria as at 5th June, 2020

Nigeria’s tally of confirmed COVID-19 cases rose to 11,884 on Friday as 328 new infections were announced by the Nigeria Centre for Disease Control (NCDC).

Lagos State recorded the highest number of cases on Friday with 121 infections.

So far, only one state in the country, Cross River, is yet to report a case of COVID-19.

Many Nigerians believe the country has not done enough testing.

As of June 3, Nigeria has conducted 69,801 tests and now has 30 laboratories where testing for the virus can be carried out.

NCDC said one of the ways Africa CDC is supporting the COVID-19 response in Nigeria is by deploying epidemiologists and volunteers to work with national and state staff in carrying out outbreak investigation, contact tracing and other response activities.

This has become necessary to contain the spread of the virus because the country is now witnessing community transmission of the virus.