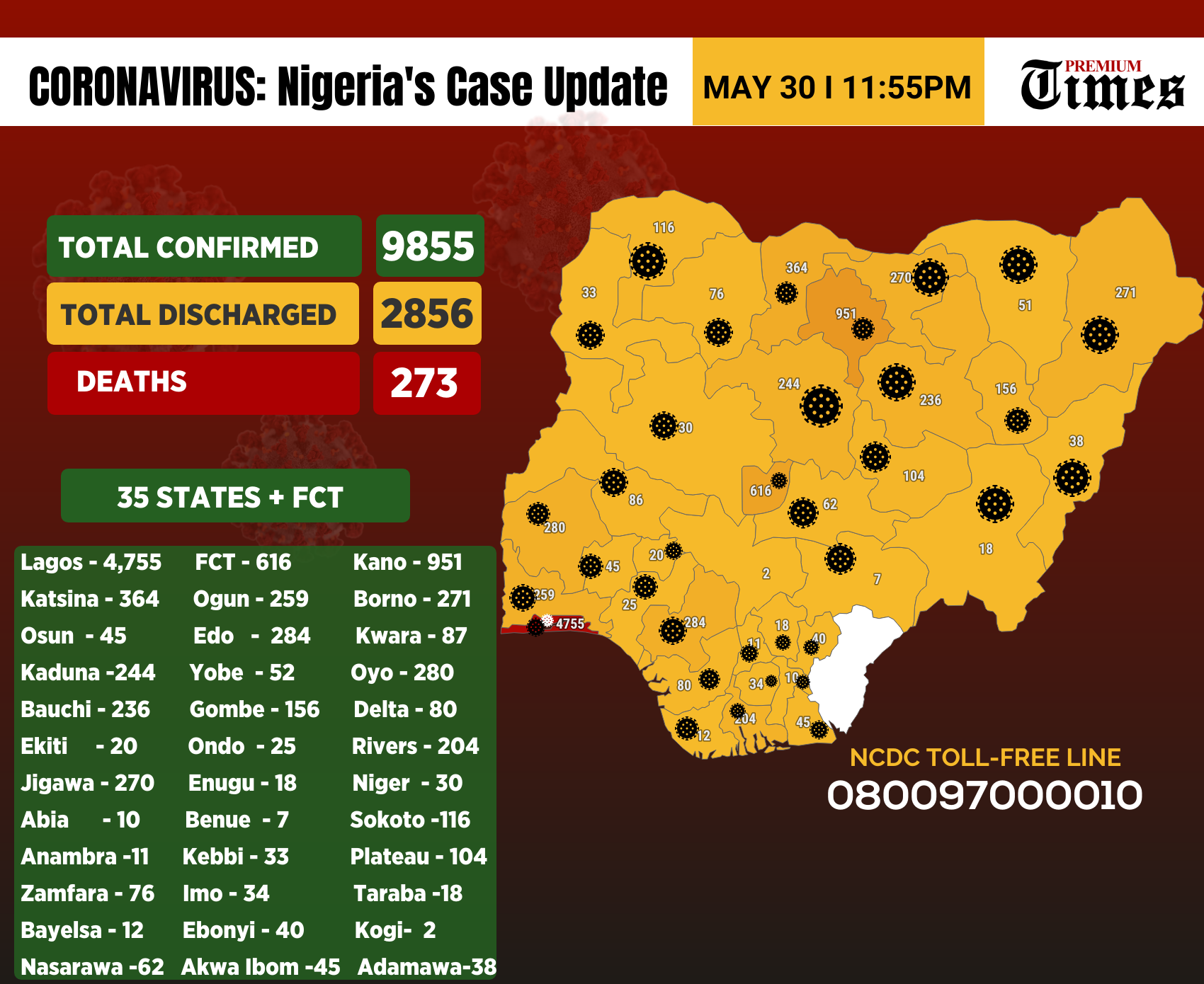 The Nigeria Centre for Disease Control on Saturday announced the highest daily figure of confirmed coronavirus cases in Nigeria yet, with 553 new infections recorded.

This brings the total number of confirmed cases in the country to 9, 855.

The country recorded the second and third highest daily figure from confirmed COVID-19 within the past five days. The cases were reported on May 27, with 389 cases and May 29, with 387 cases.

Lagos recorded the highest number of cases with 378 infections. The state remains the epicentre for the disease.

Since the beginning of the outbreak in Nigeria in February, 60, 825 samples have been tested by NCDC.

There are 6, 726 active COVID-19 cases in the country as 2,856 people have recovered and discharged from the virus, with 273 deaths recorded.

Despite the increasing figures, many Nigerians are alleging that Nigeria is not testing enough and the figures might not be the right presentation of the real situation in the country.

The director general of NCDC, Chikwe Ihekweazu, had earlier highlighted the need to intensify efforts to improve COVID-19 testing in Nigeria.

NCDC said on Saturday it had activated an additional laboratory to its molecular laboratory network.

The Bauchi State Reference Molecular Laboratory is the 29th of its kind in the country.

The health agency in a tweet earlier on Saturday said two more laboratories, in Kwara and Gombe, are in progress.

“This brings the total number of labs with the capacity to test for COVID-19 in Nigeria to 29. In progress: Kwara and Gombe.”