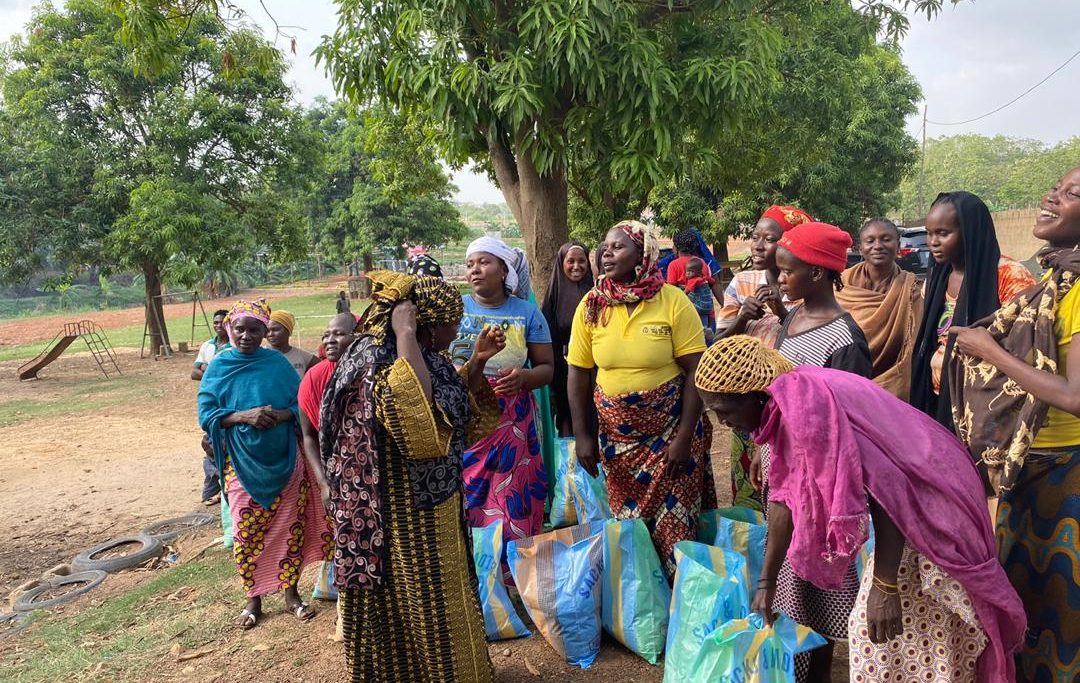 When the Nigerian government in late March ordered a lockdown of two states and the Federal Capital Territory in a bid to curb the spread of the novel coronavirus, Martins Obono, the Executive Director of Tap Initiative, said he envisaged a humanitarian crisis.

President Muhammadu Buhari had shut down Abuja, Lagos and Ogun for five weeks from March 30 but responded to the pressure to reopen the economy, amid widespread hunger and uneven disbursement of palliatives, by ordering a phased and gradual easing of the lockdown from May 4 to 17.

The gradual lifting of the restrictions which includes an 8 p.m. to 6 a.m. curfew was also extended for another two weeks last Sunday.

But the country is still getting daily alerts of infections. The total confirmed cases of the virus have exceeded 7,000 and over 200 deaths from less than a thousand cases when total restrictions were lifted on May 4.

Meanwhile, the restrictions brought hardship on Nigerians as the government could not implement a viable palliative package for a lot of people hardest-hit by the lockdown – especially those in the informal sector who depend on daily earnings.

However, where the government lagged, well-meaning individuals and NGOs such as Tap Initiative are stepping up.

“We knew there will be a humanitarian crisis. People will not be able to feed if there is no work,” Mr Obono, the convener of Tap said in an interview with PREMIUM TIMES.

“We thought there is a need for us to come in to change the narrative. We then called on well-meaning Nigerians to donate food items, cash or whatever they can even before the lockdown started.

“We leveraged on the social media in making this call. We also asked volunteers to come in. The level of cooperation was encouraging. People donated as high as N50,000 and from N3, 000,” he said.

The ‘food drive initiative’ by Tap was launched only in Abuja, the Nigerian capital in the wake of the first phase of the total lockdown. Initially, the plan was to use the donations to feed at least 300 vulnerable families in lower-income neighborhoods.

“What we have done so far is to limit our focus to Abuja alone. In all the satellite towns within the FCT, there is no community where we don’t have a representative of people that have benefitted from this initiative,” he said.

But things changed after the lockdown was extended by two weeks on April 12.

With many households struggling without income during the lockdown, the need for food and cash relief became critical.

“We realised that there are people doing well before the lockdown but are either sacked or their salaries were slashed and could no longer go to work so we thought they are the real casualties of COVID-19. We then announced that anybody under this category should reach out to us,” Mr Obono said.

“This prompted the initiative to increase the target to meet people impoverished by COVID-19. It, however, affected our distributions in IDP camps and informal communities.”

The restriction is still making it difficult for many families to survive, even after it was slightly lifted especially as the government’s palliative package distribution remains largely uncoordinated.

The Nigerian government only provided N20,000 to about 2.6 million families and 11 million people identified as poor and vulnerable. This is, however, a fraction of the over 90 million Nigerians estimated to be living in extreme poverty.

The modalities for distribution of the 77,000 metric tonnes of food the government directed to be shared to vulnerable households affected by the lockdown in Lagos, Ogun, and Abuja have remained vague.

Many have also queried how the government continued with the school feeding programme when the pupils benefitting from it have been out of school since March 19.

A report by the Centre for Democracy and Development (CDD) revealed how the sharing of relief materials in Lagos was marred by misinformation about intended beneficiaries, political favouritism and random distribution.

In Kaduna, the distribution of palliatives was also influenced by party membership and affiliation.

“I think the government has failed (in coordinating relief response) if you asked me,” Mr Obono said. “The kind of palliative they give out are being rejected by many Nigerians saying they are expired food.”

“The humanitarian ministry is continuing with the school feeding programme when the pupils benefitting are at home. It’s a misplaced priority and unorganised way of reaching people.”

The Tap Initiative director also blamed the government for not providing accurate data of vulnerable Nigerians and people susceptible to the diverse impact of COVID-19.

“Government’s response package failed because there is no real data that projects the real people that need safety nets,” Mr Obono said.

Filling in the gap

The ‘food drive initiative’ by TAP is just one of several citizen-powered welfare initiatives that have sprung up in the wake of the coronavirus outbreak.

The People’s Food Bank launched by Seun Adebajo’s family is feeding almost 3,000 people daily in Lagos. Pop musician Banky W also runs a similar food bank in the Lekki area while Food Clique, another non-profit NGO focused on distributing food to the poorest households, has rapidly scaled up its operations in the face of increased demand during the pandemic.