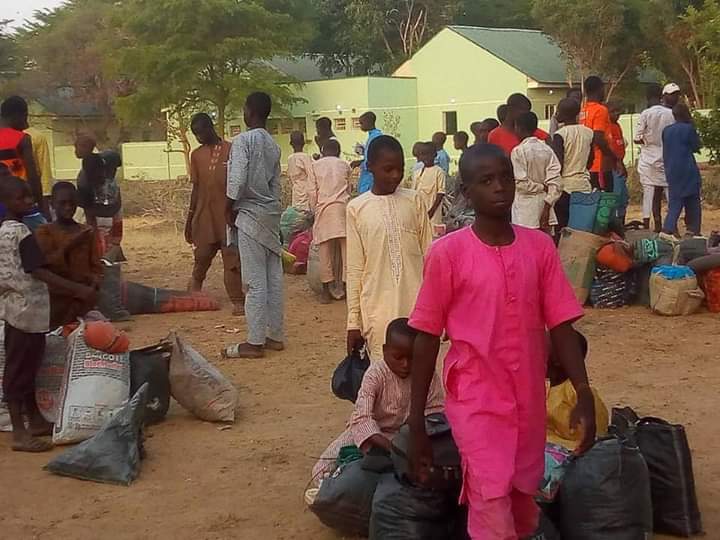 The Kaduna State Government on Sunday said it has discharged 210 out of the 680 almajiris under quarantine in the state.

On the same day, the Kano State Governor, Abdullahi Ganduje, said some of the almajiris repatriated to the state have tested positive but warned against politicising the issue.

Kaduna State Commissioner for Human Services and Social Development, Hafsat Baba, said the children were discharged after spending two weeks in isolation. She said none of the children had tested positive for COVID-19.

Mrs Baba said the children were among those repatriated to the state from Kano and other northern states.

Northern state governors recently announced the prohibition of the almajiri system in the region. Under the religious education system, children are pooled from various locations into Quranic schools and survive by begging on the streets for food and alms.

Following the prohibition, northern state governors have been dispersing the almajiris and repatriating those whose parents are from other states.

The Kaduna official said the discharged children would be taken to their local government chairpersons who would in turn seek out their parents and hand the children over to them.

“These children were from Kudan, Makarfi, Ikara, Giwa and Zaria local government areas of the state and were brought back from states like Kano, Bauchi, Gombe, Niger and Plateau states,” she said.

“We are happy to say that 210 of them would be discharged today (Sunday) having completed their quarantine period of 14 days.

“Those that tested positive have been isolated but those discharged are free to go home and reunite with their family,” she said.

Mrs Baba added that the ministry was waiting to receive another set of over 200 almajiris from ‎Plateau State.

Meanwhile, the Governor of Kano State, Mr Ganduje, said some of those repatriated to his state have tested positive for coronavirus.

The governor spoke in Kano on Sunday while briefing reporters. He said the repatriation of the children should not be politicised.

PREMIUM TIMES reported how 40 out of the 148 almajiriai received by Kano have tested positive for the new coronavirus. The results for about 500 others in the group are being awaited.

“Some of the almajiris brought to Kano during the exercise are also COVID-19 positive but we are not making politics out of it because we all believe that what they need most now is not noise making or publicity. What they need at this critical point in time is care-giving,” Mr Ganduje said.

“The way we are sending back almajiris to their states of origin, we are also receiving almajiris from other states who are Kano indigenes. But the fact that we are not making noise about it does not mean they are all healthy without COVID-19 infections,” the governor added.

Jigawa State, which received 607 almajiris from Kano, is yet to repatriate any back to their states of origin.

The state government said it feared transporting them across state boundaries at this time may increase the rate of infections in the country.

The federal government has also criticised the transfer of the almajiris despite nàtionwide ban on interstate travels.