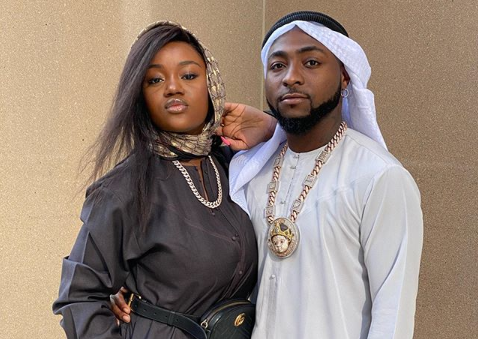 Davido made the announcement public through his Twitter handle.

“Glory be to God .. Chioma has now tested negative twice for Covid19 … Thank you all for prayers …. We love you ..,” the singer twitted.

Glory be to God .. Chioma has now tested negative twice for Covid19 … Thank you all for prayers …. We love you ..

Davido had on March 27 announced Chioma tested positive to COVID-19 after returning from London with their newborn.

He also announced that he, his child and crew had to take the test but all tested negative including the newborn.

The number of infected persons in Nigeria has been on the rise.

On Sunday, the country recorded its highest daily figure since the beginning of the COVID-19 outbreak in February with the Nigeria Centre for Disease Control (NCDC), announcing 86 cases.

The total tally of infected people in the country is now 627.

Bauchi has 7 cases, Kaduna – 6, Delta, Ondo and Ekiti, 3 cases each, Enugu, Rivers, Niger and Jigawa have two cases each, while Benue, Anambra and Borno have recorded one apiece.

A total of 21 states and the FCT have so far reported at least a case of the disease.