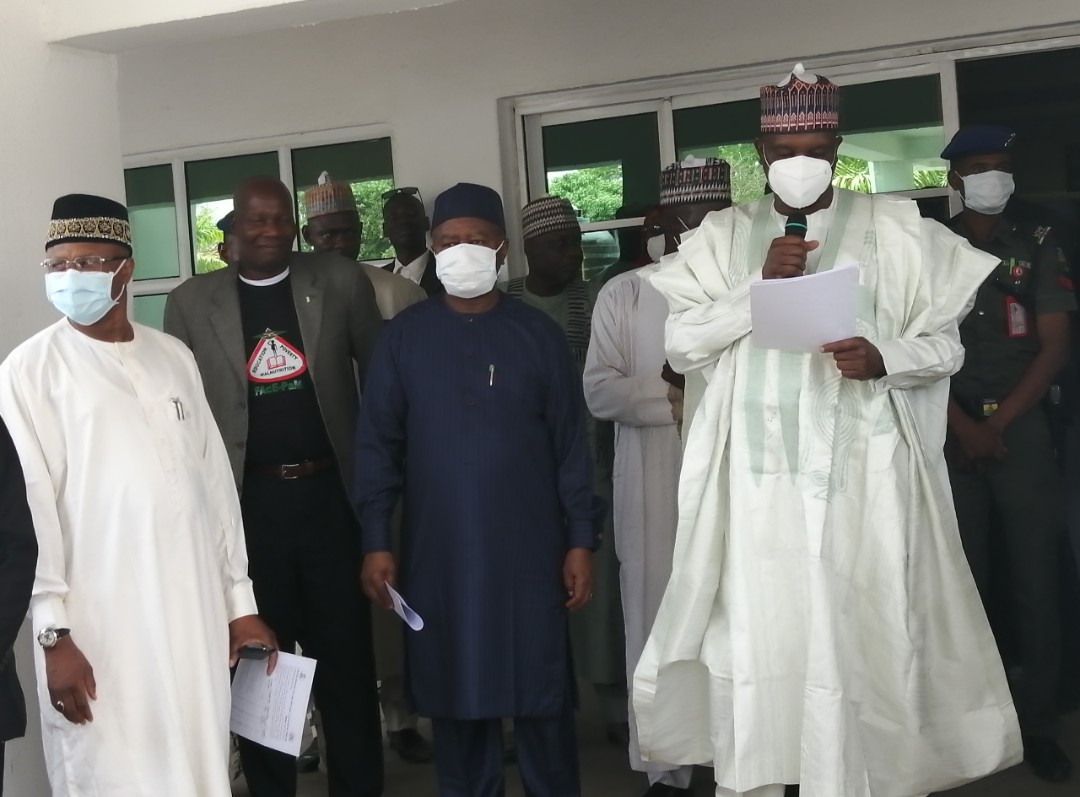 Governor Mohammed went into self isolation on March 24 after the Nigerian disease management body, NCDC, confirmed his positive test for COVID-19.

By the NCDC protocol, COVID-19 patients are expected to get their case reviewed after 14 days in order to determine whether they still test positive or negative.

During the weekend, there was a news report that Governor Mohammed had tested negative.

The report by Daily Nigerian trended on social media.

Fielding questions from journalists in Bauchi during the routine media briefing of the State Task Force on Covid-19, on Monday, the deputy governor who chairs the committee said the reports were the “rumour of social media.”

“All I can say is that His Excellency the governor is doing very well. As you all know, yesterday he had a teleconference with the Nigeria Governors Forum. You all know also that it is exactly two weeks now since the governor went into.self-isolation. The protocol is for samples to be taken, when samples are taken, we have to wait for the NCDC and rely on what the NCDC tells us.

“We don’t rely on hearsay or what we see on social media or from the reporter of Daily Nigerian.

“We have taken the samples and we are waiting for the report of the NCDC. Unless the result from the NCDC comes, as a government, we will not comment further on this matter.”

The deputy governor said so far, a total of 305 contacts of the first three index cases had been traced and their blood samples taken to the NCDC for testing.

“The contacts listed on our record are 305 and all of them have been contacted and their blood samples were taken,” he said.

Mr Tela said the state government was worried over the delays being experienced at the NCDC’s lab where blood samples are taken. To that effect, the government is planning to set up a centre in the state.

“We will soon have a test centre here in Bauchi because the government is not satisfied with the time it takes to get a test done because all tests are done in Abuja, and it takes four to five days before the results come out. For that reason, we are planning to have a test center here in Bauchi, thereby we don’t need to take samples as far as Abuja before getting our tests done.”

Since the confirmation of the governor’s case by the NCDC, five other persons, all confirmed to have made direct contact with Mr Mohammed, also tested positive.