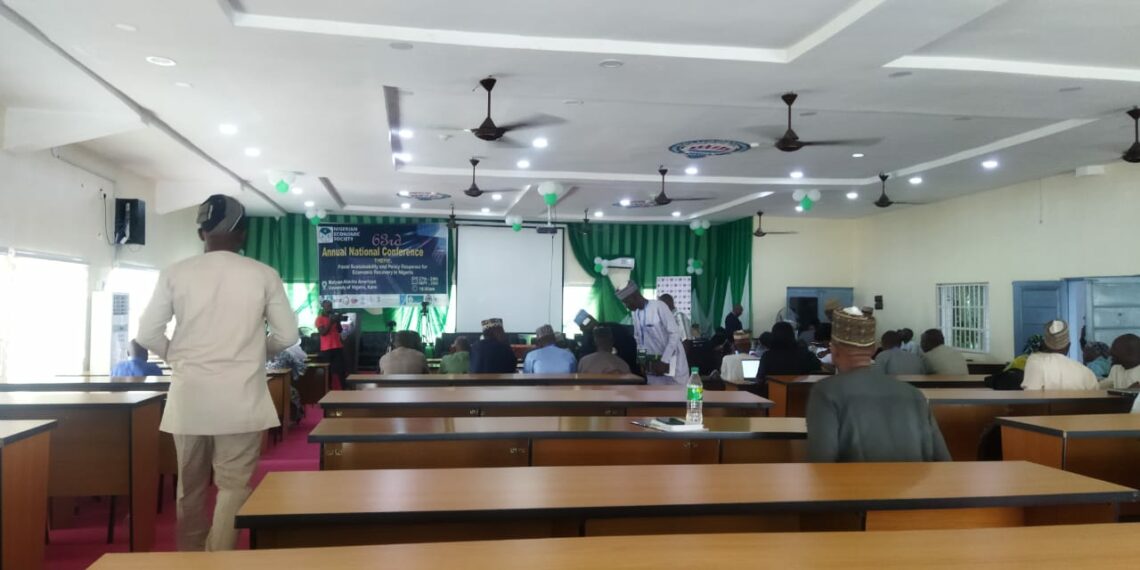 At the end of the three-day conference, the experts will release their suggestions to policymakers for the good of the country

Experts at the 63rd conference of the Nigerian Economic Society (NES) have advised the Nigerian government on the need to empower women economically through financial inclusion and accurate presentation of data on rapid economic growth.

The conference, which was supported by the Development Research and Projects Centre (DRPC), looked at Women’s Economic Empowerment (WEE), and how it affects the Nigerian economy.

The conference was held at the Maryam Abacha American University of Nigeria in Kano, between Wednesday and Friday, with the theme ‘Fiscal Sustainability and Policy Response for Economic Recovery in Nigeria’.

The Founder of TSE Foundation, Sophia Essahmed, said empowering women gives them self-worth, the right to have determined choices and access to opportunities and resources. She said financial inclusion plays a key role in achieving women’s economic empowerment.

“Financial inclusion contributes to women’s empowerment – a key enabler in reducing extreme poverty, it has a multiplier effect that benefits women, their households and communities.

Mrs Essahmed said her organisation is committed to enrolling hundreds of unbanked women in financial institutions to empower them and prepare them for opportunities.

Nigeria is one of the countries with the largest number of unbanked people in the world. According to the World Bank’s 2021 Global Findex report, the six other economies are China, India, Pakistan, Bangladesh, Indonesia and Egypt.

The report said that, globally, about 1.4 billion adults are still unbanked, meaning that they do not have an account at a financial institution or through a mobile money provider.

“The top five economies hosting the largest share of the world unbanked were the same in 2017 and 2021,” the World Bank’s report stated.

Mr Abdularraq said some of his findings include the duplication of efforts in women’s economic empowerment-related projects across MDAs and a lack of coordination among the MDAs.

“There is poor sex disaggregation of empowerment programmes as well as non-specification of programmes’ prospective beneficiaries and location, thus, making it difficult for researchers to understand the beneficiary based on gender and location.

“The data on budget performance from the MDAs have increased in 2022 compared to the 2021 approved budget but it does not provide disaggregated data on Women’s Economic Empowerment specific intervention,” Mr Abdularraq said.

The moderator, Bala Kofar-Mata, a professor of entrepreneurship from Dangote Business School at Bayero University, said Women’s Economic Empowerment is important. He said Nigeria cannot develop comprehensively unless we have accurate and reliable data.

The President of the NES, Ummu Jalingo, told reporters on Wednesday that they had chosen this year’s theme to reflect Nigeria’s current macroeconomic and fiscal challenges.

“The conference seeks to address cross-cutting and specific issues in the government’s policy response to the fiscal sustainability challenge,” Mrs Jalingo said.

According to her, the organisers chose Kano, 42 years after the conference was last held in the state, because of the serenity of the environment and peaceful atmosphere in the state.

She said the organisers also aimed to democratise the economic society so that their activities can go around.

“Having it in Kano is a welcome development, and the participants are happy because of the serene environment,” she said.