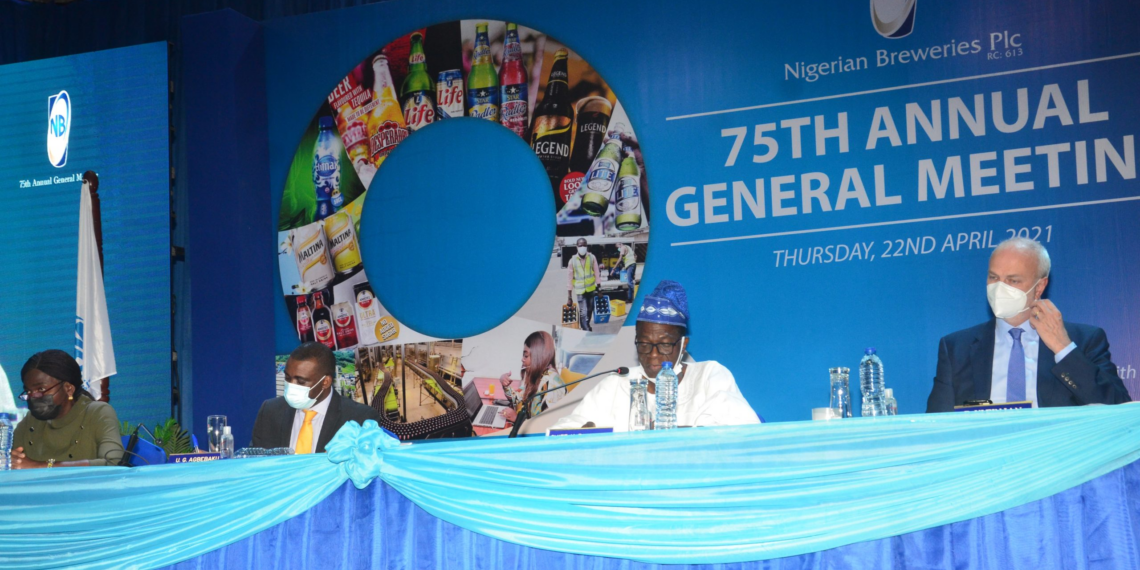 It is the brewer's first bonus issue in more than 18 years.

Heineken-backed Nigerian Breweries Plc will issue one new extra share to its shareholders for every four held by them, according to a regulatory filing seen by PREMIUM TIMES, its first bonus issue in more than 18 years.

The resolution followed a meeting of the board of directors held on 15 November and was informed by a directive from the Corporate Affairs Commission for firms to obliterate unissued shares from their books.
Nigeria’s biggest beer maker last executed a scrip issue in June 2004 when it issued one additional share for every share held by shareholders, increasing their holdings twofold. The new proposal will up stockholders stake by 25 per cent.

“The bonus shares with a value of N1.03 billion, will be issued from the Company’s Share Premium Account, which based on the 2021 audited accounts had a balance of N77.5 billion and N84 billion as at 31st October, 2022,” Nigerian Breweries said.

It will take full effect if the move receives shareholders’ asset at an extraordinary general meeting of the firm to be held on 8 December.

Those who own the company’s shares and whose names appear on the register of members will be eligible for the bonus shares.

Currently at 8.2 billion units, Nigerian Breweries outstanding shares will rise to 10.3 billion units when the bonus issue is completed.

Heineken Brouwerijen B.V, the brewer’s biggest shareholder, holds a 38.1 per cent stake in the company according to its audited earnings report for 2021.

Nigerian Breweries reported an after-tax profit of N15.3 billion for the year to September 2022, higher than its profits for full year 2021 and 2019.

It announced a N0.40 per share dividend summing up to N3.3 billion as interim dividend for the period ended September 2022.