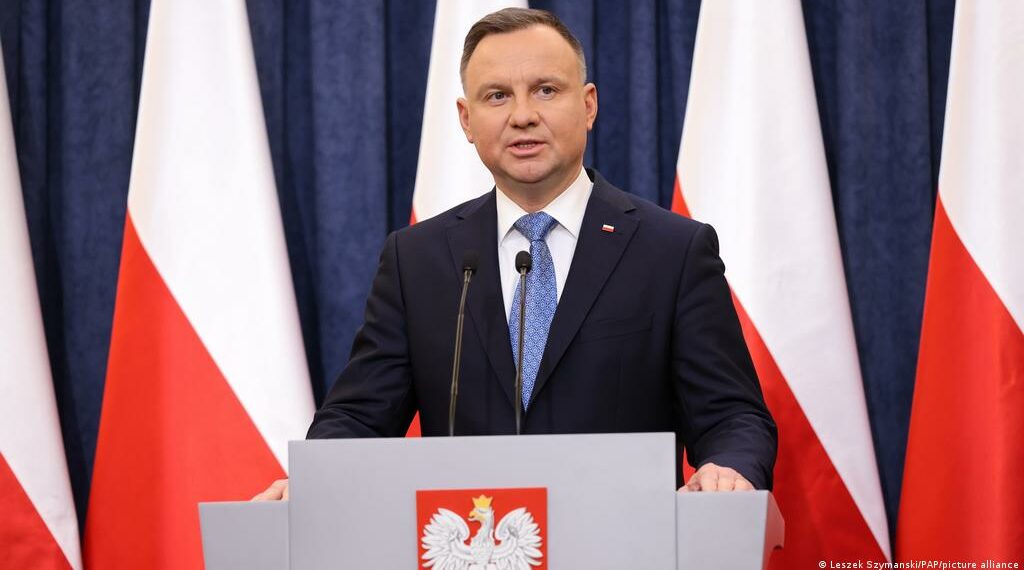 ‘‘We want to further this cooperation and we want to increase the supplies from Nigeria to Poland and by this way we want to contribute to the development of economic cooperation between the two countries,’’ he said.

According to Femi Adesina, a presidential spokesperson, Mr Duda expressed his country’s interest while lauding the delivery of liquefied natural gas to Poland from Nigeria, as well as shipments of crude oil.

‘‘We want to further this cooperation and we want to increase the supplies from Nigeria to Poland and by this way we want to contribute to the development of economic cooperation between the two countries,’’ he said.

Mr Duda’s two-day visit is coming in the wake of the energy crisis in Europe as a result of Russia’s energy cut and Europe’s attempt to wean itself off Russia as a major if not its only source of energy.

While in Abuja, Nigeria and Poland also signed a Memorandum of Understanding (MOU) on Agriculture.

According to the Polish president, Nigeria is the only African country Poland has signed an agreement of strategic dialogue with, which includes the MoU on agriculture cooperation.

‘‘What was pivotal in our conversation today both in our tete-a-tete as well as the plenary session was how to provide food and energy security,” he said.

Adding that, ‘‘it is important to us to strengthen the relations between Poland and Nigeria and the MOU we have signed is very important for the future of both nations on food security.’’

Since the establishment of diplomatic relations between both countries in 1961, Mr Duda is the first Polish leader to visit Nigeria.

Addressing a joint press conference with Mr Duda, President Muhammadu Buhari said Nigeria is gratified by the existing fruitful cooperation with Poland in the fields of maritime, education and defence.

Mr Buhari said the cooperation in agriculture will be a win-win for the both countries, especially in the context of global food insecurity occasioned by the conflict in Ukraine.

‘‘Our cooperation in education has a long history and we wish to encourage the extension of that cooperation to the sharing of knowledge and experience between our educational institutions in areas such as science and technology as well as Information and Communication Technology, in order to help drive innovation in our countries in this competitive global knowledge economy,’’ Mr Buhari said.

He also thanked Mr Duda for the support provided by his government to Nigerians fleeing the war in Ukraine as well as others who also fled the war torn country.

‘‘I also wish to express our sincere gratitude for the kind and generous support extended during our government’s evacuation of our fleeing nationals. We also greatly appreciate the opportunity given to some of our nationals to remain in Poland to continue with their studies,” he said.

Additionally, Mr Buhari noted that he would like to see an increase in the level of trade, as it remained relatively low in spite of the long period of relations between both countries.

BREAKING: Senate threatens to cut budget of over 100 MDAs for ignoring summons