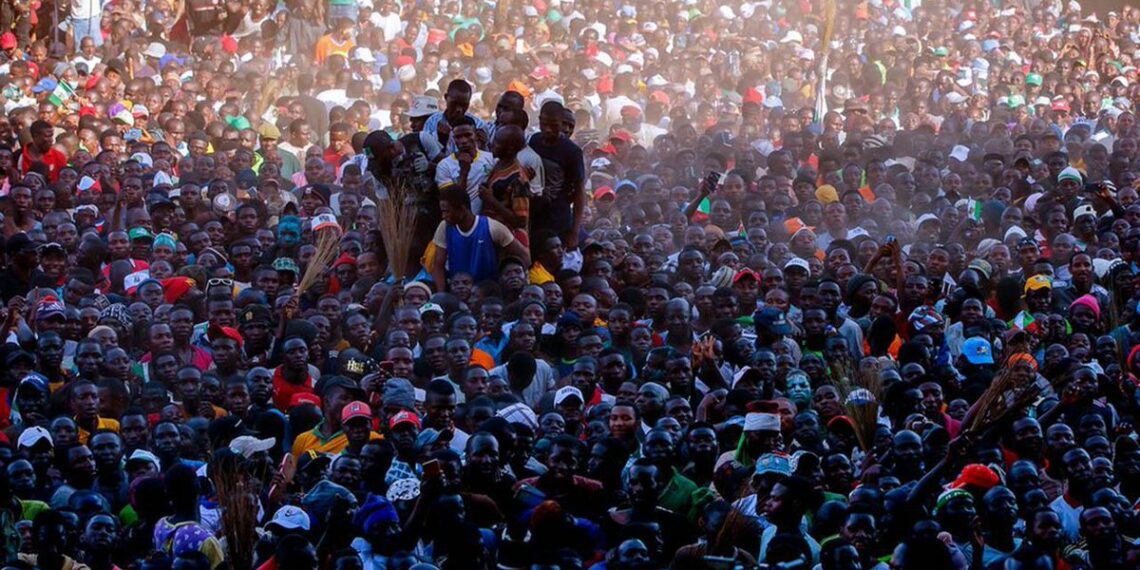 Nigeria, Indonesia, five others home to half of world’s unbanked population

According to the World Bank's 2021 Global Findex report, the six other economies are China, India, Pakistan, Bangladesh, Indonesia and Egypt.

Nigeria and six other economies of the world have been named as home to half of the world’s unbanked population.

According to the World Bank’s 2021 Global Findex report, the six other economies are China, India, Pakistan, Bangladesh, Indonesia and Egypt.

The report said that, globally, about 1.4 billion adults are still unbanked, meaning that they do not have an account at a financial institution or through a mobile money provider. The number has declined from 2.5 billion in 2011 and 1.7 billion in 2017, the report noted, adding that since account ownership is nearly universal in high-income economies, virtually all unbanked adults live in developing economies.

Fifty four per cent of the unbanked population—representing 740 million people—live in only seven economies around the world, the report said.

China and India claim large shares of the global unbanked population (130 million and 230 million, respectively) because of their size, despite having relatively high rates of account ownership. Pakistan, with 115 million unbanked adults, and Indonesia, with 100 million, have the next-largest populations of unbanked.

“These four economies, together with Bangladesh, Egypt, and Nigeria—are home to more than half of the world’s unbanked population,” the report said.

“The top five economies hosting the largest share of the world’s unbanked were the same in 2017 and 2021.”

Nigeria has made progress in the last decade, with its unbanked population falling by 50 per cent. Some 45 per cent are banked now compared to 30 in 2011.

In the Philippines and Turkey, account ownership grew significantly over the past decade, but the income gap remained stagnant at more than 20 percentage points.

Nigeria has recorded significant improvement in its financial inclusion rate in recent years.

In May, the Deputy Governor of the Central Bank of Nigeria, Aishah Ahmad, said financial inclusion in Nigeria improved significantly as the nation achieved 64 per cent of its inclusion target. The CBN has set an additional target pegged at 95 percent by 2024.

A few developing economies do not have a significant income gap, the report said.

READ ALSO: Nigeria’s large, youthful population could be an asset or a burden

The report said gender and income are not the only individual characteristics that appear to matter for the likelihood of owning an account. Age, educational level, employment status, and rural residency are all associated with significant differences in account ownership, it added.

The new study, conducted during the COVID-19 pandemic that further mobilized financial inclusion efforts across the world, also showed that 76 percent global account ownership rate in 2021 represents a 50 percent increase from the worldwide average of 51 percent reported in 2011, a decade ago.