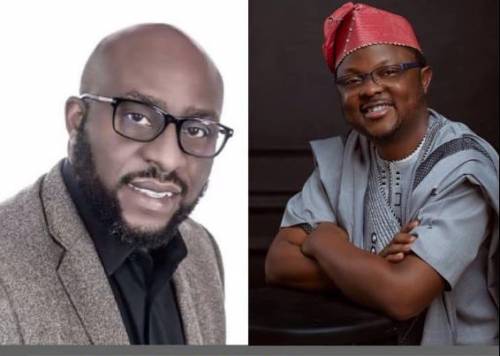 Fintech company being run by the Nigerians acknowledged it failed to maintain an effective anti-money laundering and unlicensed money transmission programme over the last three years.

The U.S court in Texas has sentenced two Nigerian founders of a fintech company to 27 months in prison for their role in sending $160 million in fraud earnings to Nigeria through their company, Ping Express U.S. LLC.

According to a statement released by the US Department of Justice (DoJ) on Friday, the firm acknowledged it failed to maintain an effective anti-money laundering and unlicensed money transmission programme over the last three years.

The firm also admitted it failed to seek sufficient information about the sources or purposes of the funds involved in the transactions.

The Texas-based company’s Chief Executive Officer (CEO), Anslem Oshionebo, 45, and its co-founder and Chief Operating Officer (COO), Opeyemi Odeyale, 43, were both handed a 27-month jail term for their involvement in the alleged crimes, according to US legal filings.

The U.S. Attorney for the Northern District of Texas, Chad Meacham, said the Texas-based company which was licensed to transmit money but was not licensed to conduct currency exchange, charged U.S. customers a fee to remit money to beneficiaries in Nigeria and other African nations.

Citing part of the company’s plea documents, the US government said the company also admitted it allowed more than “1,500 customers” to violate its anti-money laundering policy.

“However, in plea papers, the company admitted it allowed more than 1,500 customers to violate these rules. In one instance, Ping allowed a customer to remit more than $80,000 in a single month – more than 17 times the purported limit”, the DoJ statement read in part.

“Within a 3-year period, Ping Express US LLC, helped customers to remit a total of $167 million to Africa. Out of this sum, $160 million was remitted to Nigeria. And the company was said to have failed to verify the sources of the funds or what they were intended for,” Mr Mecham said.

The acting Special Agent in Charge of Homeland Security Investigations Dallas Christopher Miller said investigation gives the agency access to a variety of financial networks, enabling the HSI to dismantle any criminal organisation trying to take advantage of international trade.

Three people, including two of Ping Express’s most important clients, previously entered guilty pleas for using the company to transfer monies that were obtained unlawfully, according to the DOJ statement.

According to the DOJ statement, three individuals including two of Ping Express’ most important clients, previously entered guilty pleas for using the company to transfer monies that were obtained unlawfully

“Collins Orogun admitted last week that he accepted a fee in exchange for transferring money for ‘romance scam’ fraudsters and other criminals.

“In one instance, an Indiana woman sent $15,000 to ‘Carson Jacks’, a purported oil roughneck in the Gulf of Mexico she fell in love with online, after he told her he’d contracted malaria. In another, a second Indiana woman sent $6,300 to ‘Thomas Ken,” a purported Irish ship captain she fell in love with online, to fix his ship.

“In two years, Orogun received more than $1.3 million in cash, cashier’s checks, and wires into several US bank accounts he controlled and then quickly moved more than $1 million of the funds to Africa through Ping Express.