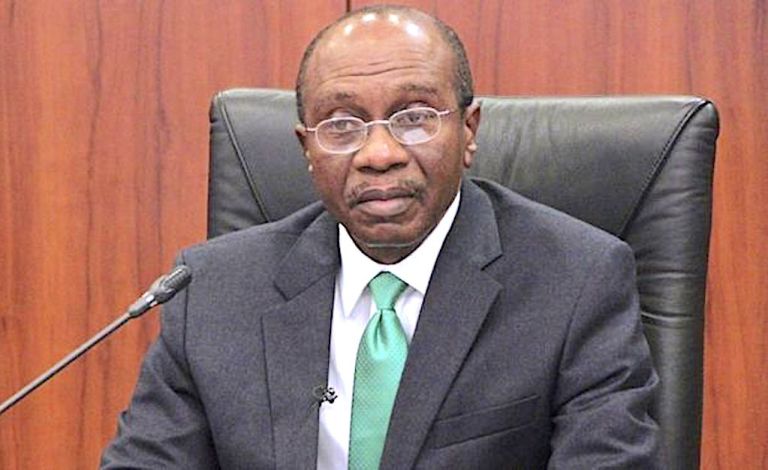 Mr Emefiele rejects claims that there is no synergy between both authorities.

The governor of Nigeria’s Central Bank, Godwin Emefiele, says the apex bank has worked hard to complement the fiscal policy of the Nigerian government.

Mr Emefiele made this known in an interview with Arise TV on the sidelines of the Nigeria International Partnership Forum in Paris.

Earlier, Nigerian vice president, Yemi Osinbajo, had criticised the apex bank for what he called an ‘artificially low’ exchange rate. Mr Osinbajo argued that the demand management strategy currently being adopted by the CBN needs to be modified.

The vice-president also claimed that there is poor collaboration between Nigeria’s fiscal and monetary authorities.

But Mr Emefiele dismissed claims that there is no synergy between both authorities.

“The way people come up and say there is no synergy, again, I wonder where that is coming from,” he said.

“However, let me say this, when COVID hit, Mr. President asked the finance minister and I to work together to bring out some immediate response and I went back to the bankers’ committee and we came up with an immediate response.

“And the finance minister and I had several opportunities, several times to go back to brief the president.”

The CBN governor noted that after that, the president called for the establishment of the national economic sustainability programme group chaired by the Vice-president.

“The Central Bank played an active role in the development of that programme to the extent that the fiscal authorities were only meant to contribute N500 billion and the monetary authorities were left to provide about N1.5 trillion,” he added.

Mr Emefiele also said that Nigeria must intensify diversification efforts in the non-oil sector of the economy.

What does Danjuma Goje want?, By Ola Alao