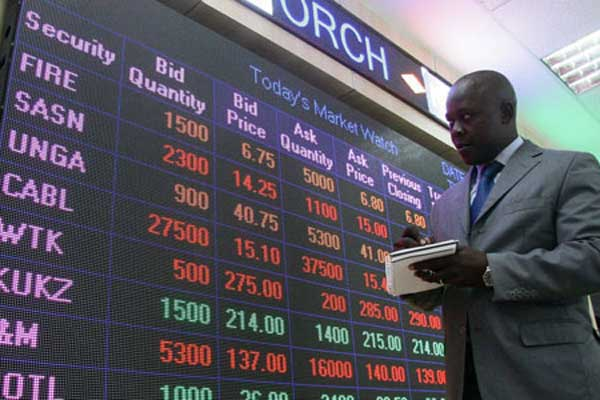 The index has dwindled 2.53 per cent since January.

Nigeria’s benchmark index cringed by 0.02 per cent on Monday in full surrender of the little gain it gathered at the preceding session as the combined force of profit-taking actions in consumer goods stocks and the less-than-impressive financial report of Stanbic IBTC, Nigeria’s third-biggest bank by market value, cast gloom on trade.

The lender issued its half-year income statement on Monday but it was no cheering news for investors even though it was accompanied with a separate note promising shareholders a N1 dividend per share for that period. That development followed a tumble in its after-tax profit by as much as half.

“We expect the market to upturn the negative sentiment in the next trading session as the 365-Tenor yield rate dropped further to 6.87% in the fixed income market”, analysts at broker Atlas Portfolios said.

The index has dwindled 2.53 per cent since January.