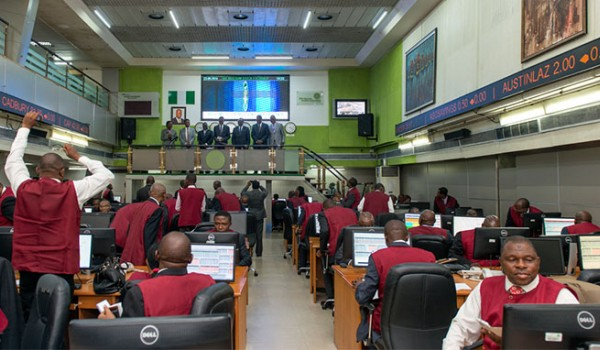 Floor of the Nigerian Stock Exchange.

The expectation of banks' half-year earnings drive the all-share index up 0.22 per cent.

Nigerian stocks were up 0.22 per cent on Wednesday, on course for another week of positive return, as traders and investors continued to shift their gaze to some of the big bank stocks to take strategic positions ahead of the release of companies quarterly and half-year earnings reports due any moment from now.

In the spirit of the earnings season, tier 2 lender Fidelity told the Nigerian Exchange Limited in a Wednesday note of its closed period schedule and the plan of the board to sanction its January-to-June financial report come August 6.

“We expect the positive performance to be sustained as investors take a position in relatively cheap stocks ahead of the earnings season,” said analysts at broker and investment bank Afrinvest.

Market sentiment, a gauge of confidence of investors in the market, closed on a positive note on account that 22 gainers were reported, compared to 14 laggards.