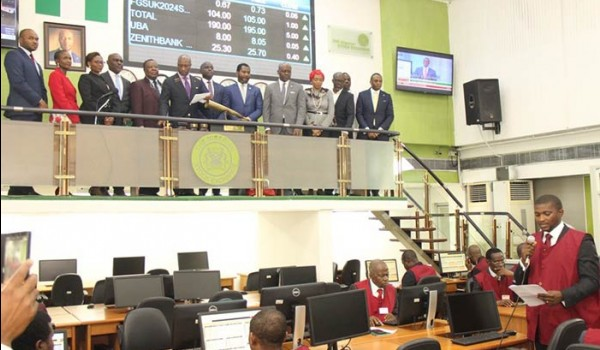 Nigerian stocks headed back to the negative territory on Friday as the benchmark index contracted by 0.74 per cent, easily wiping out the modest gain recorded the day before in a session that saw Dangote Cement and MTNN – Nigeria’s two most capitalised companies – set in motion a loss in the sum of N154 billion.

The industrial index took the rear in terms of performance of the five sector indexes tracked by the bourse, dropping by 1.96 per cent to 1,886.35 basis points.

Stocks have been under increasing pressure this week, with four sessions of loss in contrast to just one session of gain amid a worsening investor sentiment.

The market posted a positive breadth as there were 25 gainers against 10 laggards. The all-share index eased by 296.09 basis points to 37,658.26, while market capitalisation closed lower at N19.627 trillion.

The index has been down by 6.49 per cent since the start of the year.