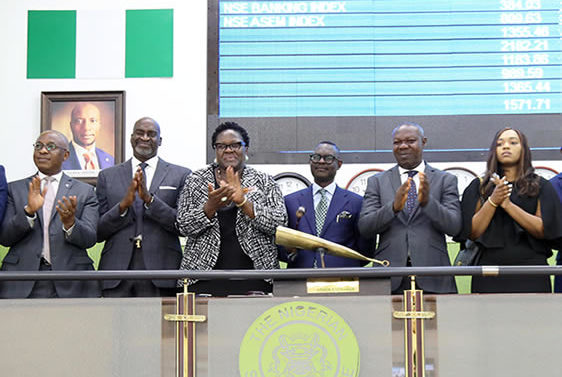 The All-share index lifted 0.09 per cent.

Nigerian equities rose a little higher by 0.09 per cent on Friday, helped by gains by bank stocks and palm oil maker Presco in a trading session, which marked the bourse’ third straight gain.

The banking index recorded the fastest progress of the five sector indexes tracked by the Nigerian Exchange as it expanded 0.44 per cent to 362.51 basis points, largely driven by an appreciation in the shares of Zenith.

A positive market breadth was reported as 17 gainers emerged against 10 losers.

The index has fallen by 4.03 per cent since the start of the year.

Law to give 40% NASS seats to youth underway – Omo-Agege