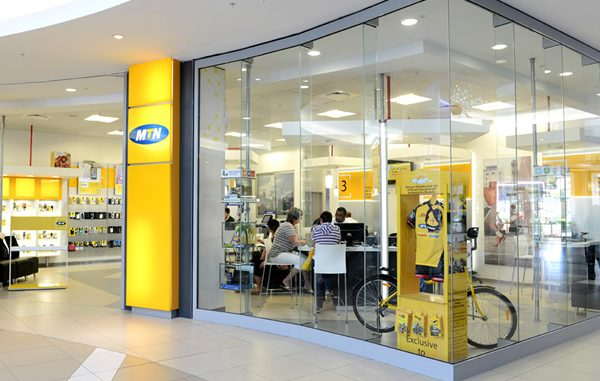 Both sides defend their decisions as customers pay for the standoff.

The Nigerian government says it has intervened in a feud between Nigerian banks and MTN, which left millions of phone users unable to buy airtime Friday.

Talks to resolve a row over the sharing of fees on airtime sales between the two sides “reached an advanced stage” for suspended services to be restored, the Minister of Communication and Digital Economy, Isa Pantami, announced on Twitter late Friday.

“On the fallout between @MTNNG and some banks on USSD services today, I engaged with both regulators, the Governor of @cenbank and EVC @NgComCommission. We have reached an advanced stage of resolving the issues, for the services to be restored to our citizens. Many thanks,” he said.

Banks removed the telecom giant from their platforms, disallowing MTN users from accessing their bank accounts through the USSD infrastructure to recharge their phones.

Subscribers expressed their frustration online, as MTN advised its customers to seek alternative ways of recharging without explaining what the problem was.

A top industry official who asked not to be named told PREMIUM TIMES the banks cut off the service to protect their profits. He described the move as “tyrannical”.

“Banks have tried to remove the cost of using USSD, but are willing to cut off subscribers to protect their own fees earned through the channel,” the source said.

“This only has to do with the preservation of bank profits, which are already substantial and growing despite the wider economic conditions.”

Bank officials who asked not to be named said they moved against MTN to curb its “excesses”.

Bank sources said MTN slashed the percentage of airtime fees that go to the banks, and refused to backtrack despite their protests.

“MTN recently reduced the discount offered to banks on airtime sales from 4.5 percent to 2.5 per cent and this did not go down well with banks considering the cost of managing the infrastructures and servicing these customers, while MTN continues to make huge spreads,” the source said.

“The truth is that if MTN gets away with this, banks should expect further reduction if not checked. Over 60 per cent of airtime vending by telcos today are done electronically through the banks,” another source said.

A source said other phone networks pay banks more than what MTN pays, yet, have not changed their rates.

MTN has done ‘nothing wrong’

“We did a commission optimization which saw the banks commission reducing from an average of 3.5% to 2.5%. This reduction is standard because the volumes compensate for the reduction,” one source said.

“We reviewed our commissions downwards. Most of the banks are not connected to us directly but through a third party – our convenience channel partners and aggregators.

“The channels were blocked yesterday midnight leaving our customers stranded. Interesting that the bank MDs met and quickly took a decision. This references our conversation around NCC standing in the gap for the industry. Subscribers to telecommunications are being denied services by the banks even when they have money in their accounts;

“Zenith Bank is connected directly to MTN – their earnings is at 2.70%. They are happy and have not blocked us.

“Banks on ‘MTN On Demand’ had an uplift in their commission from 2.0% to 2.75% yet have blocked services;

“Banks with direct connection to us through ‘MTN On Demand’ got a commission uplift.”

Another source claimed that in “advanced countries, commissions for the same services are between 0.5 to 0.75%. Even at 2.5%”.

The Central Bank of Nigeria and the Nigerian Communications Commission on March 15 intervened to resolve a similar standoff between banks and telcos over USSD fees.

The USSD allows subscribers to use their mobile phones to access financial services daily.

The Association of Licensed Telecommunication Operators of Nigeria (ALTON) had said banks owed its members N42 billion and threatened to suspend service.

From March 16, subscribers paid N6.98 each time they used the USSD for banking transactions. That arrangement has angered customers and alarmed advocates of financial inclusion.

The regulators claimed the billing would “ensure a much cheaper average cost for customers to enhance financial inclusion”.

A PREMIUM TIMES report showed the banks and telcos would realise about N564 million in a year from the new mobile banking fee.

Why we shut down Shoprite stores in Nigeria – Workers