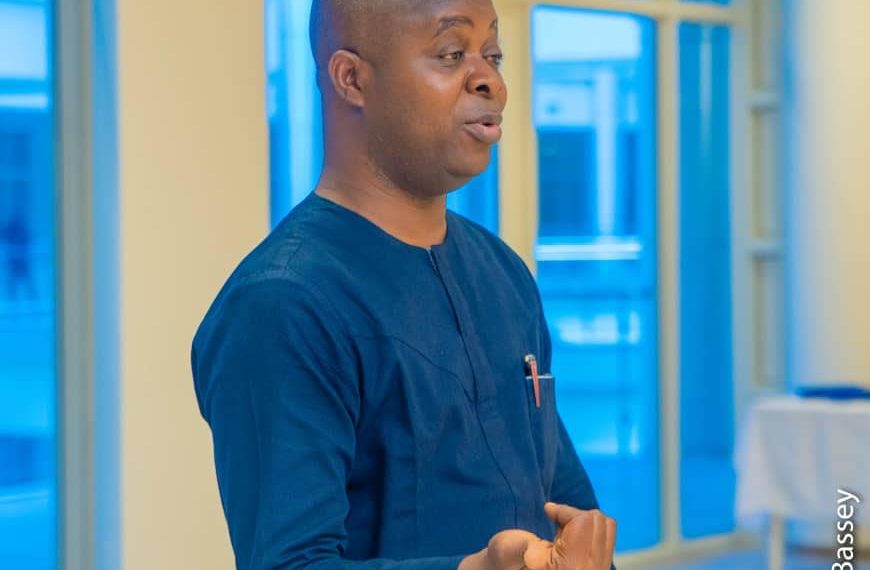 As Shoprite pulls back, this investor is building shopping malls in Nigeria

One of the reasons Africa’s biggest retail chain, Shoprite, is planning to disinvest from Nigeria is the volatility of naira, some business analysts have said.

Olumide Akinsanya, a young Nigerian businessman who is investing millions of dollars, building shopping malls in Nigeria, knows this much. Yet, he seems ready to take the big risk, all the way.

His company’s latest effort has been the reconstruction and remodeling of the Ibom Tropicana Mall in Uyo, Akwa Ibom State, Nigeria’s South-south.

The Tropicana Mall, one of the components of a massive leisure complex was abandoned for some years before Mr Akinsanya’s company stepped in with private funds to turn it into a beautiful place – with the hope of yielding returns for investors, including the Akwa Ibom State Government.

PREMIUM TIMES met with Mr Akinsanya a few days ago in Uyo and asked him how risky it is to invest in the business of building malls in Nigeria.

“It’s just as risky as flying (in an airplane),” he responded.

Mr Akinsanya appeared to have ‘landed safely’, with the inauguration of the Tropicana Mall, February 11, by the Akwa Ibom State Governor, Udom Emmanuel.

“Government is not about noise-making,” an elated Mr Emmanuel said of the mall, during its inauguration. “They say only empty vessels make the loudest noise.”

Before Uyo, Mr Akinsanya’s company had built other malls in Warri, Asaba, and Owerri.

Mr Akinsanya was inspired to start investing in malls in 2011 after one of his visits to South Africa where the number of malls in the southern African country, usually seen as Nigeria’s economic rival, caught his attention.

Shoprite is a South African company which expanded its retail business to the Nigerian market.

“I felt if Shoprite has been here (in Nigeria) a number of years, I think the country is good to start enjoying formal retail,” Mr Akinsanya told PREMIUM TIMES.

“Of particular interest to me again was the fact that everybody seems to concentrate on Lagos, Abuja, and Port Harcourt.

“People make money in other places and they have good spending power, a lot better than those of us that live in Lagos.”

Mr Akinsanya and his partners adopted a business strategy to move away from Lagos and other South-west states and invest in “states where people think are not viable”.

Mr Akinsanya said because of inexperience he initially thought mall business was just about “building a warehouse and partitioning it”.

Together with his South African partners,  Resilient Africa, a property development and investment company, Median Infrastructure Company Development Ltd was able to build and deliver their first mall in 2015 in Warri, Delta State.

“It would interest you to know that at the time I met Resilient Africa, I was interested in building just one mall. But when we went into a strategic relationship, I realised that retail is an entirely different industry.

“Retail is an industry on its own, we decided to go into it,” Mr Akinsanya said.

The trouble an investor has to go through in the industry is “unbelievable”, he said. And that includes high interest rates on bank loans, difficulty in getting land because of the Land Use Act, and most Nigerian cities being largely unplanned.

Non-availability of tenants for the malls, according to him, is also a challenge in the industry.

“Any mall above 10,000 square metres is a struggle to fill in Nigeria because the tenants available that understand trading in a mall are very few.

“We don’t have enough tenants to fill a huge mall,” he said.

With four malls so far, does Mr Akinsanya consider himself a success? “By Nigerian standard, yes. But by personal drive, no,” he said.

He added that he did not want Nigerians to rate him based on the number of malls he has built, but on the impact he has made in the society, like job-creation.

“The retail market segment is currently the third highest contributor to GDP at 16.1 per cent and the Nigerian Stock Exchange (NSE) estimates that it will grow by 20.4 per cent to hit N454 billion by 2025.

“The current challenges notwithstanding, it is clear that the sector is critical to driving new growth frontiers for the country particularly if more formalised structures are put in place to optimally harness opportunities within the ecosystem,” Mr Sun-Basorun said in March last year, according a BusinessDay report.

Mr Sun-Basorun is hopeful of greater opportunities in Nigeria’s retail market if there is a continuous expansion drive and the key players are able “to make a critical assessment of inherent potentials across the value chain to chart new channels for growth”.

For his own assessment of Nigeria’s retail market, Mr Akinsanya preferred to do a comparison with South Africa’s.

“The gap is unimaginable,” Mr Akinsanya said. “Johannesburg population is about five million, and as at 2014 it had over 90 malls.”

“The question is, who are those that go to the mall? I will tell you, it is the middle-class. For a country of 200 million people, we (Nigeria) should have the largest concentration of middle-class in Africa.

“Lagos, having a population of about 20 million, if not more, should have maybe like 150 malls, to be conservative. But today, Lagos cannot boast of up to 10 proper malls. So there is still a huge gap,” he said.

Continuing, Mr Akinsanya said, “We had the first generation of malls – Kingsway, Leventis and the likes.

“We are almost experiencing the death of the second generation malls, with the exit of some of the retailers which is essentially due to currency volatility. You can sleep and wake up and lose a substantial sum of money without spending it because of the devaluation of naira.

“But the difference today is the fact that we have dynamic young people who are taking the bull by the horn, so we are not likely going to experience the death of the second generation retails in Nigeria, with companies like  Market Square creating 15 centres in three years.”

Mr Akinsanya said the advantage local brands like Market Square have over foreign brands is that “they do not rely that much on forex for their businesses.”.

“We are locals, we believe in the economy. We are hopeful that things would improve,” he said.

Meanwhile, standing close to the Tropicana Mall in Uyo is a 14-floor storey building meant for a 258-room five-star hotel as part of the entertainment complex.

The high-rise building has been uncompleted and abandoned even before its initiator, Godswill Akpabio, left office in 2015 as the Akwa Ibom governor.

PREMIUM TIMES asked Mr Akinsanya if his firm would like to invest in the abandoned building and other parts of the complex.

“We are looking at the hotel carefully,” he responded. “Given the right business environment and the right structure, we will be happy to play a role in remodeling and bringing all these other ones to life.”

Before he set up his own business, Mr Akinsanya had worked at the Nigeria Liquefied Natural Gas Ltd project in Bonny Island, Rivers State.

He has also worked in property development and road construction, as well as in the planning department of Lever Brothers Nig Ltd in his early days in life.

Inside his portacabin where this reporter interviewed him, Mr Akinsanya paused, momentarily, to take two or three business calls and to also receive a worker who urgently needed him to look at some construction-related documents.

Mr Akinsanya, on a lighter note, talked about his love for Akwa Ibom cuisine, the fisherman soup.

UCL: Ronaldo crashes out with Juventus for second consecutive season