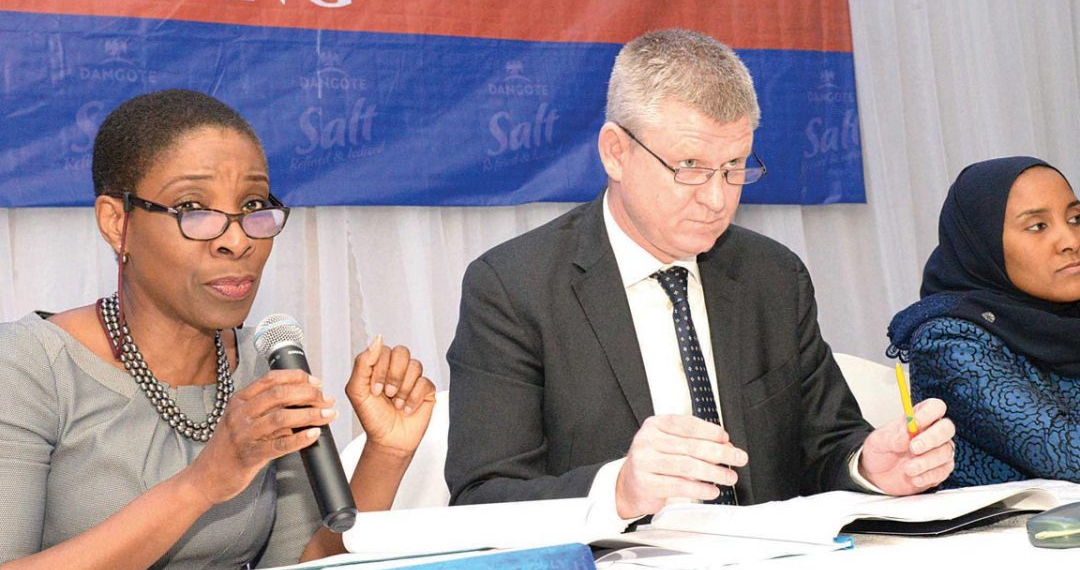 Members of the board of NASCON.

NASCON Allied Industries Plc scaled up its profit for 2020 by as much as 45.8 per cent even though its gross sales marginally grew by 1.9 per cent to N28 billion.

The sales triggered the company’s sharpest jump in profit since 2017, as management sought ways to cut costs.

The cost of producing goods came to N16.5 billion from N21.7 billion, down by 24 per cent in 12 months, the audited financials of the food processor showed on Saturday.

NASCON, a member of the Dangote Group, relocated 60 per cent of its Apapa production plant to its Oregun and Port Harcourt facilities in 2019 because the Apapa port traffic was weighing on the distribution and supply chain of the salt maker.

“We also operate inside the port. If you look at our income between 2017 and 2018, we lost over N25 billion because of congestion,” said Africa’s richest man Aliko Dangote two Decembers ago.

“We are able to produce but we are not able to come out of the port because of congestion of the port resulting from the gridlock in the Apapa axis.”

Profit before taxation advanced 41.1 per cent to N3.907 billion, relative to the N2.769 billion reported for the preceding year, while profit for the year was N2.690 billion up from N1.845 billion, signalling a 45.8 per cent jump.

ALSO READ: Share Buyback: What Dangote Cement is up to, and prospects for Nigerian firms

NASCON Allied Industries, which was National Salt Company of Nigeria at some point, also has tomato paste, seasoning and vegetable oil on its product line.

Shares in NASCON closed in Lagos Friday at N16.05 per unit, without recording any change.