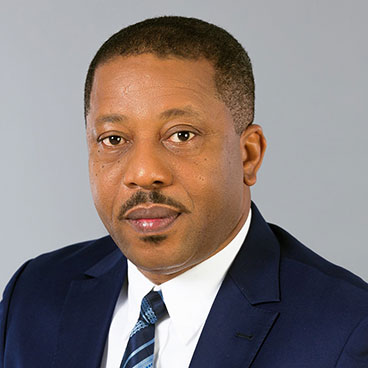 After its debut bond issue was oversubscribed by over 300 per cent, Nova Merchant Bank on Monday said its decision to approach the Nigerian capital market to raise funding was part of its strategy to mobilise developmental financing to support the country’s economic recovery.

The Managing Director of the Bank, Anya Duroha, said during an online post-issue media briefing that the bank, which set out to raise N10 billion, realised over N31 billion.

Mr Duroha, who described the offer as well received by the market, said the terms of the subordinated bond issue to be counted as Tier 2 capital was for seven years tenor recoverable after five years at between 12 and 12.5 per cent rate.

He lamented the scourge of the COVID-19 pandemic on the global economy, saying the impact has been seriously stressful on the Nigerian economy, necessitating efforts to support a recovery from the devastation.

“As part of Nova’s strategy, we knew that as a merchant bank with an objective to do developmental financing, we needed to get long term funds to fund long term assets. That was why we went to the capital market to raise funds to finance long term loans for our customers,” Mr Duroha said.

“But it was over-subscribed by about 300 per cent, with diversified investors from individuals, corporate entities, asset management companies, insurance companies and foreign investors that contributed over N31 billion,” he added.

With the overwhelming acceptability of the offer, Mr Duroha said the bank has plans to return to the market for more funds as part of its strategy to intervene in the capital market periodically, to raise capital.

Although the timing for the return to the capital market was yet to be agreed by the bank’s management, he said at the moment, the bank was preoccupied with the deployment of the funds raised to key sectors of the economy identified that require support to recover.

On projects and sectors the funds would go to after the first tranche, Mr Duroha said the bank was looking at the prospect of creating medium to long term loans with tenor ranging between three and five years for industries like agriculture, telecoms and healthcare, where clear opportunities exist to tap into.

He said a substantial part of the funds would also go to financing and building capacity for exports for the country.

Insisting the primary reason for raising the bond was not for capital, but for long term funds for its customers, the MD said with the bank’s capital base of over N20 billion, its capital adequacy ratio is at about 53.57 per cent as of 2019, above the regulatory ratio of 10 per cent.

Reviewing the performance of the bank in the last three years it has been in business, he said the bank has done very well, with earnings growing from about N1.2 billion in 2017 to about N5.8billion in 2019, with profitability also on the upswing.

In its first year of operations, he said the bank made N510 million profit and in the second-year, doubled the figure to N1.15 billion, and to N1.65 billion in 2019.

Lamenting the impact of COVID-19 crisis, he said Nova saw ahead of the pandemic, adding that immediately the outbreak was reported in China, it knew it was inevitable it would get to everybody around the world.

Consequently, he said the bank began to prepare to take advantage of the business opportunities that would come out of the crisis situation.

On the bank’s performance since the beginning of the current year, Mr Duroha said in the first six months of the bank’s operations, Nova outdid its expectations under the COVID-19 pandemic.

He attributed this to the prudence and proactive steps by the management of the bank to identify areas where businesses could be done and money made.

Although the current crisis impacts more on the greater segment of the population, he said as a merchant bank its focus was primarily on wholesale banking, made up of the high end corporate and commercial businesses.

However, he said the bank was also aware of its responsibilities to the society, which informs its use of the value chain approach in its funding interventions by ensuring that in servicing the corporate entities, their value chain consisting of their suppliers and others are also taken care of.

On Nova’s non-performing loans, Mr Duroha said although the level has remained nil since 2017, the delay in repayment category has not exceeded seven days, an indication of the bank’s risk management framework and how lending is handled in the market.

“Over 45% of our risk investment portfolio are companies rated standard grades A and above, while almost 80% of the other 55% are collaterised by cash or near cash items. We have been very deliberate in growing that portfolio” he said.

As 2019 ended, he said the highest concentration of the bank’s loans was 25.77 per cent on merchant banking, although its license allows it to play in other financial sectors, like asset management business, securities trading and investment banking.

With its loans concentration focused down considerably from the initial 100 per cent over the last three years, he said the target was to bring it down further to about 20 per cent, while looking at new areas to tap into in line with a few deals in the pipeline for manufacturing, pharmaceutical and health sectors.

“We’ll work with industries we have identified that are struggling. The Bank of Industry (BOI) has just granted approval to the bank to be able to work with them conscious of our place as (a) merchant bank to help in the economic development of the country, which is why we went for those long-term funds.

“What makes the difference between us and the others is being deliberate about the things we want to do and take them through, to help businesses by taking time to understand the needs of our customers and how to help them solve those problems,” he said.

Although he identified the bank’s size as the biggest challenge, compared to commercial banks, he said the outlook of the economy for the future was positive, despite projections of serious contractions of about three to four per cent, as a result of the COVID-19 pandemic.

“We are cautiously optimistic about the future. Business will not be the same again. Those that will factor in this in their planning and begin (to) move away from the traditional ways of doing business will always succeed,” he said.