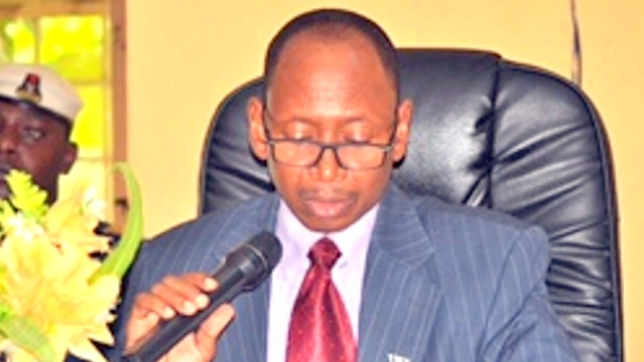 The threat by oil workers of a nationwide strike over their enrolment on the Integrated Personnel Payroll Information System (IPPIS) is a subtle blackmail to frustrate the federal government’s scheme, the Accountant General of the Federation (OAGF), Ahmed Idris, said on Wednesday.

Contrary to allegations by the oil workers that the IPPIS platform was fraught with technical challenges, Mr Idris said since its roll out, the system has continued to operate with little or no challenges.

Mr Idris was quoted by his spokesperson, Henshaw Ogubike, as saying that apart from the initial hiccups experienced at the early stages of the rollout, the IPPIS platform has continued to function with minimal challenges.

“Clearly, the action by PENGASSAN and NUPENG over IPPIS is a resistance of a presidential directive for all Ministries, departments and agencies (MDAs) drawing their salaries from the Consolidated Revenue Fund (CRF) to key into.

“The implication of such non-compliance is obvious to all, and the oil workers’ unions inclusive.

“When every union threatens to go on strike to blackmail the government and blatantly refuse to key in to the policy in a bid to force their own will on the government, Nigerians need to ask questions as to what such groups are afraid of,” Mr Ogubike said.

He said allegations that the IPPIS was fraught with issues was a self-serving and lame excuse by the oil workers to exclude themselves, as no worker has been denied his/her legitimate earnings as a result of being paid through the IPPIS platform.

The unions said the strike was in pursuit of their demand for the government to stop their members from being enrolled on the IPPIS payment system, which they described as “defective and fraught with technical issues”.

They alleged that their members in some government agencies were victims of the defectiveness of the system, as their salaries were withheld since May over non-compliance with the IPPIS system requirements.

They accused the OAGF of insisting on enrolling their members on the IPPIS platform without taking into consideration the peculiarities of the oil and gas industry with regards to the Collective Bargaining Agreement (CBA) and approved pay structure between the unions and the federal government through the Salaries, Wages and Income Commission.

Besides, they said the OAGF’s insistence on the enrolment of the affected agencies on IPPIS did not consider that they were already enrolled on the revived Government Integrated Financial Management Information System (GIFMIS).

Although the oil workers have since announced the suspension of the planned strike earlier scheduled to commence on Wednesday, the OAGF has described their action as an attempt to blackmail the government over the IPPIS scheme.

Mr Ogubike said the oil workers were simply finding reasons not to comply with the federal government directive for all its workers to migrate to the IPPIS as directed by the president.

In October 2019, President Muhammadu Buhari directed that all federal government workers not captured on the IPPIS platform by October 31, 2019 should not be paid their monthly salaries.

The president said this was part of efforts to manage the high personnel costs in line with his administration’s commitment to fighting corruption.

Mr Ogubike said while acknowledging that there was no perfect system anywhere, the little hiccups experienced at the early stage of the enrolment of the workers, further challenges could be avoided with the cooperation and support of the agencies.

“Unnecessary antagonism by the unions will not help their members and the country. We must understand the policy is geared towards ascertaining the actual number of workers on the federal government payroll.

“This information will aid personnel budgeting and pension administration. Above all, it will help in removing wastages from personnel cost,” he said.

Between 2017 to 2019, Mr Ogubike said the IPPIS has helped the government to save over N361 billion from ghost workers.