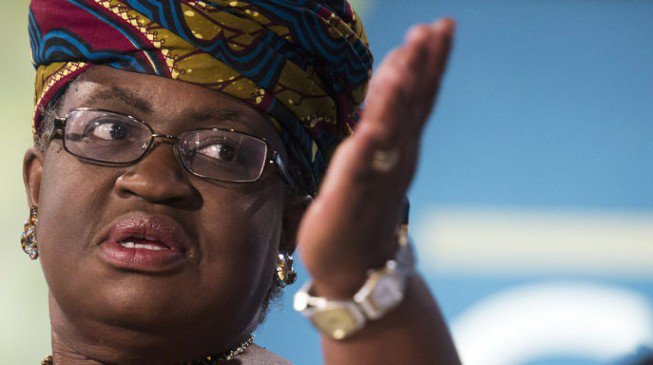 Nigeria has nominated a former Minister of Finance, Ngozi Okonjo-Iweala, as its candidate for the Director-General of the World Trade Organization (WTO) election coming up next year.

President Muhammadu Buhari confirmed the nomination on Thursday in an official announcement through the Nigerian Embassy and Permanent Mission to the African Union (AU) and United Nations Economic Commission for Africa (UNECA) in Addis Ababa, Ethiopia.

In the diplomatic note to inform all member countries’ embassies and permanent missions, President Buhari said he was communicating Nigeria’s decision to withdraw the candidacy of Yonov Frederick Agah for the election.

The President said Mrs Okonjo-Iweala would serve as Nigeria’s Candidate for the term 2021 – 2025 at the elections scheduled for in Geneva, Switzerland in 2021.

A renowned global finance expert, Mrs Okonjo-Iweala, is an economist and international development professional with over 30 years experience, having worked in Asia, Africa, Europe, Latin America and North America.

She is currently the Chair of the Board of Gavi, the Vaccine Alliance; a member of the Boards of Standard Chartered PLC and Twitter Inc, and was recently appointed as African Union (AU) Special Envoy to mobilise International Financial Support in the fight against COVID-19, as well as Special Envoy for the World Health Organization’s Access to COVID-19 Tools Accelerator.

She had a 25-year career at the World Bank as a development economist, rising to the position of managing director (operations).

She spearheaded several World Bank’s initiatives to assist low-income countries during the 2008-2009 food crisis and later in the trying period of the global financial crisis.

In 2010, Mrs Okonjo-Iweala served as chair of the World Bank’s successful drive to raise $49.3 billion in grants and low-interest credit for the poorest countries of the world.

President Buhari used the memo to solicit the support of AU member-States, as well as Permanent Missions and Embassies in Addis Ababa to Mrs Okonjo-Iweala’s candidacy during the elections.