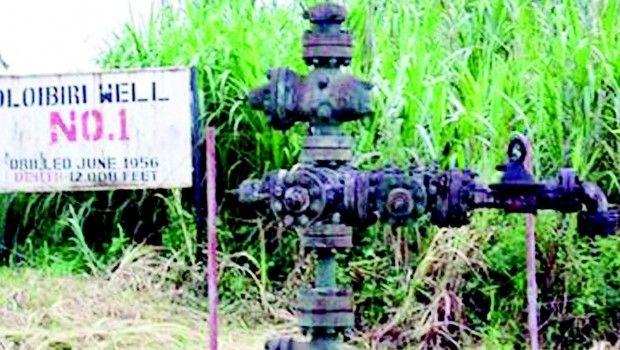 Total is seeking to sell its 12.5 per cent stake in a major deepwater oilfield off the coast of Nigeria, industry and banking sources have said.

The plan is reportedly an effort to adjust the energy company’s Africa portfolio amid a broad expansion.

Reuters reports that the stake in Oil Mining Lease (OML) 118, which is located some 120 kilometres (75 miles) off the Niger Delta, is valued at up to $750 million, according to two of the sources.

The sale process is part of Total’s plan to sell $5 billion of assets around the world by 2020, the sources said.

Formerly Bonga field (Nigeria’s first deepwater project) before being renamed as OML 118, it is said to contain approximately 6,000 million barrels of oil.

It was discovered in 1996, and the federal government gave approval for its development in 2002 and began production in 2005.

It produced around 225,000 barrels of oil and 150 million standard cubic feet of gas per day at its peak.

The field produces both petroleum which are offloaded to tankers and natural gas which are piped back to Nigeria where it is exported via an LNG plant.

OML 118 is jointly operated by Royal Dutch Shell, who owns 55 per cent of the licence, Exxon Mobil holds 20 per cent, Italy’s Eni and Total each hold 12.5 per cent.

The output from the block is planned to grow sharply with the $10 billion development of the Bonga South-west field which is expected to produce up to 200,000 bpd, roughly 10 per cent of Nigeria’s current oil production.

The company in partnership with NNPC said it has developed the last three Floating Production Storage Offloading’s (FPSOs) in Nigeria and wants to build on that.

Nigeria’s vast oil resources have attracted foreign oil companies for decades but changes to the country’s oil revenue laws as well as an unexpected tax levy over the past year could make investments in offshore projects less attractive.

Shell and its partners were expected to make an investment decision on Bonga South-west last year but uncertainty over its fiscal terms with the Nigerian government has delayed the process.

Shell in February launched a tender for bids for a 225,000 bpd floating production, storage, and offloading vessel for the new development phase.

It has since pushed back the schedule for the bids.

The sale comes as Total prepares to expand its operations in Africa after agreeing earlier this year to buy Anadarko’s Africa portfolio for $8.8 billion as part of its acquisition by U.S. rival Occidental Corp.

Total in January started production from the Egina oilfield off Nigeria’s coast which is expected to plateau at 200,000 bpd of oil.