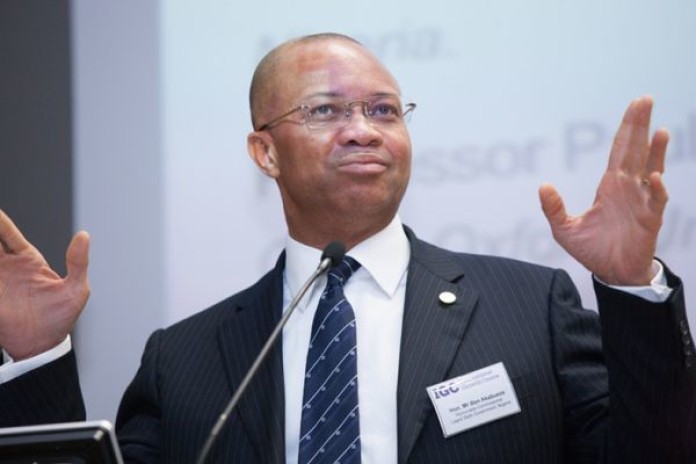 The decision to raise the threshold for value added tax (VAT) is to ensure micro, small and medium businesses whose annual turnover is below N25 million are not affected, the director-general, Budget Office of the Federation, Ben Akabueze, has explained.

President Muhammadu Buhari announced the decision to raise the VAT threshold on Tuesday while presenting the 2020 Fiscal Appropriation Bill to the joint session of the National Assembly in Abuja.

The president said the decision was to help the revenue authorities focus their compliance efforts on larger businesses.

The bill, the president said, has five strategic objectives aimed at achieving incremental, but necessary, changes to the country’s fiscal laws.

The objectives include promoting fiscal equity by mitigating instances of regressive taxation and reforming domestic tax laws to align with global best practices and raise revenues for the government.

The proposed bill will also ensure the introduction of tax incentives for investments in infrastructure and capital markets as well as support MSMEs in line with the government’s Ease of Doing Business Reforms.

Answering questions on the issue at the media briefing to mark the close of the 2019 Nigerian Economic Summit, #NES25 in Abuja, Mr Akabueze said the proposal contained in the Finance Bill, 2019 presented to the National Assembly for approval will ensure the impact of VAT increase does not affect small businesses.

“Two things were supposed to have happened simultaneously with the increase in VAT rate from 5 to 10 per cent and a reduction in personal income rate. One happened, but the other did not,” he said.

Years after, he said, taking into account prevailing circumstances, “the VAT rate was not increased to 10 per cent, although the Economic Recovery & Growth Plan stated clearly the VAT rate would be raised at some point”.

At 7.5 per cent, he insisted the Nigerian VAT rate was still the lowest in the world.

“VAT is a consumption tax. The generality of the poor and vulnerable Nigerians have very minimal engagements with VAT, because they hardly consume the items affected by VAT.

“That’s why government does not want small businesses the poor patronise affected,” Mr Akabueze said.
Meanwhile, the Chairman of the Nigerian Economic Summit Group (NESG), Asue Ighodalo, said resolutions at the end of the two-day summit will be submitted in two weeks time.

“We will compile all the resolutions of the different sessions over the last two days, the board of directors of the NESG will take a look at the draft and approve it before sending it to the Minister of Finance.

“After the minister has finalised and signed it off, she will then take it to the FEC (Executive Council of the Federation) before presenting it to Mr President through the Vice President’s office, then to the National Economic Council,” he said.

Mr Ighodalo said what the NESG is trying to achieve is to start a discussion that would strengthen the partnership between public and the private towards national development.

“What we (NESG) are doing is working with the ministry to start a conversation around what we are going to do. We just keep talking and keep talking about issues development and economy,” he said.

The theme of the Summit held in commemoration of 25 years anniversary of the group was “Nigeria 2050: Shifting Gears”.

Nigeria to spend a quarter of 2020 budget on debt payment