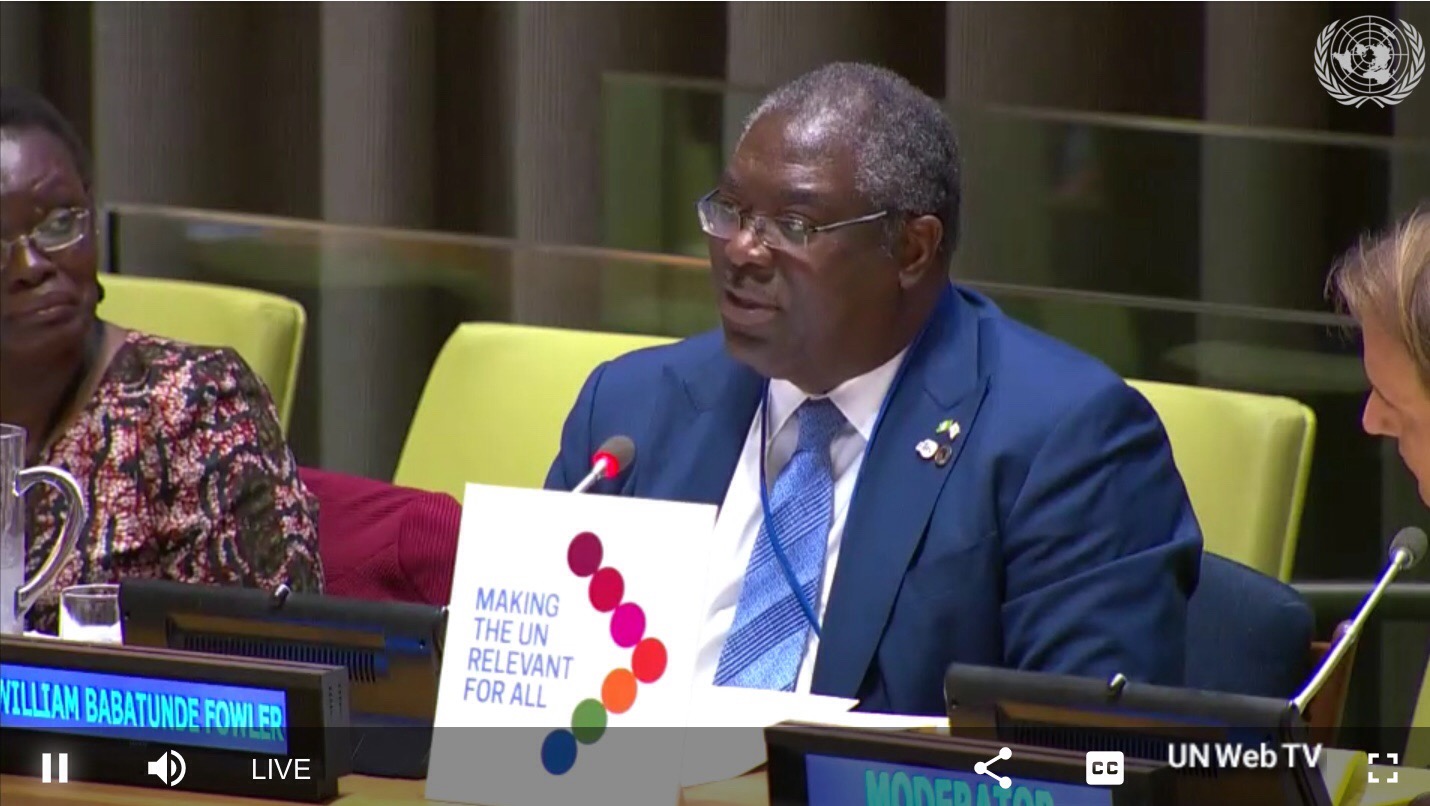 The Federal Inland Revenue Service ((FIRS) generated N1.5 trillion revenue in the first quarter (Q1) of 2019, according to its chairman, Babatunde Fowler.

Mr Fowler disclosed this to the News Agency of Nigeria (NAN) in New York at the weekend.

He said the amount included revenue from non-oil taxes that were 11 per cent higher than what the agency realised from that sector in Q1 of 2018.

“Basically, we have generated about N1.5 trillion,” Fowler told NAN on the sidelines of a high-level meeting on illicit financial flows hosted by the United Nations General Assembly.

NAN reports that the Q1 figure also represents 18.7 per cent of the agency’s total revenue target of N8 trillion for 2019.

Mr Fowler said the target, described by economy watchers as quite ambitious, was realistic with the cooperation of taxpayers, among other factors.

He said, “It is quite realistic as long as we have the cooperation of taxpayers in addition to deployment of technology.

“We have already started the enforcement of over 50,000 accounts that have banking turnover of 100 billion and above that have not filed their returns.”

The FIRS boss also spoke of plans by the agency to surpass the over N1 trillion it realised from Valued Added Tax (VAT) in 2018.

“We will get more people into the tax net and deploy more technology.

“We have what we call Auto VAT Collect, and that basically assists taxpayers at the point of transaction, and the VAT portion is sent straight into the federation account.

“So, we know that there is more room for growth in the VAT sector,” he explained.

The N8.83 trillion proposed by President Muhammadu Buhari for spending by the Federal Government in 2019 was based on a revenue target of N6.97 trillion.

To actualise this, the Federal Government in January launched a “Strategic Revenue Growth Plan” to be implemented by FIRS and other revenue generating agencies.

Mr Fowler said all hands were on deck to actualise the plan, adding that everything “seems to be on course”.(NAN)

SATIRE SATURDAY: Shall we now beg Goodluck Jonathan for forgiveness?