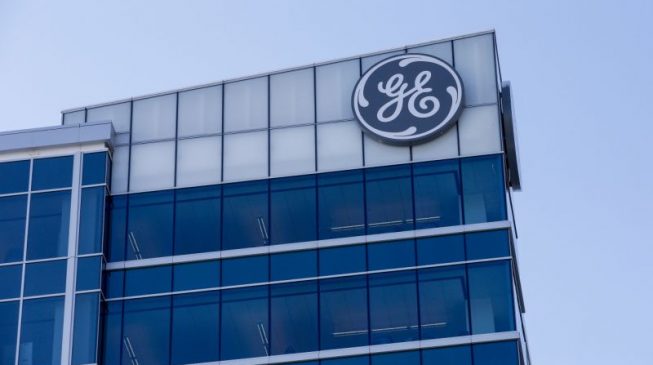 The controversial tax remittance disputes between General Electric and Arco Group Plc have continued to generate ripples, even as the company awaits final resolution.

Documents made available to PREMIUM TIMES show that GE, a multinational company operating in Nigeria, had engaged Arco, an indigenous Nigerian oil servicing company, for the supply of local personnel.

But Arco in one of its letters dated June 5, 2018, claimed that GE deducted 10 per cent as withholding tax for the contract between 2006 and 2015, against the five per cent stipulated by Nigerian law.

The company said the applicable tax rate should be five per cent in line with the FIRS Circular No. 2006/02, dated February 2006.

The firm however alleged that GE insisted that the rate is 10 per cent in line with the contract for technical services.

In June 2017, Arco wrote GE demanding compliance based on the position of the Lagos State director of FIRS, with claims that the tax filings of both companies fall within Lagos jurisdiction and that the office is competent to give official interpretation of any circular issued by the FIRS.

But in its response, GE directed the firm to write to the Abuja office of the FIRS.

According to Fasilat Ransome-Kuti, who replied on behalf of GE, only such clarification could give the firm ‘comfort’.

“We will not take action on any letter from any other tax office,” she added.

On July 11, 2017, Arco wrote the FIRS seeking clarification on the controversial remittance.

“Our interpretation of the contract of supply is that the applicable WHT rate should be 5% in line with the Federal Inland Revenue Service Circular No. 2006/02 dated February 2006,” said the firm in the letter signed by Nejoh John.

“However, section 3.5 of the circular (Lines 8-11) referred to what should be classified as technical services states: “…the use of industrial machinery/equipment to provide a service does not render it to be technical because industry position requires that only arrangements that involve a transfer of technology, should be classified as technical,” wrote Arco in a letter seeking clarification from the Federal Inland Revenue Service, FIRS.

The firm also argued that other IOCs it worked for in the past applied WHT rate of five per cent on services rendered to them by Arco.

The FIRS in its response dated November 2, 2017, said the only part of the contract where 10 per cent tax applies is office rent which is to be deducted by Arco and remitted to the FIRS.

GE in its response letter dated January 18, 2018, seen by PREMIUM TIMES, said it would engage its consultant, Price Waterhouse Coopers (PwC), to confirm the technical basis of the conclusion and advise it as appropriate.

Arco in its response, said there was no basis for GE’s attempt to clarify FIRS’ clarification and thus demanded immediate payment of its outstanding invoices underpayments.

“What we are requesting now, is the refund of 50% of total WHT deducted from Arco’s invoices from the period 2006 to 2015 as earlier communicated to you in our letter dated November 6, 2017, following the FIRS’ clarification as follows,” wrote Ben Omotomiye, Group Head Finance and Admin, Arco.

Beginning from the second week of July, several weeks-long efforts by PREMIUM TIMES to get GE’s side of the story proved abortive.

In the last week of July, a spokesperson of the company, Obagbemi Olusegun of BHGE Communications Sub-Saharan Africa, promised to reply our reporter’s email but failed to do so after numerous reminders.

PREMIUM TIMES’ reporter later visited the head office of GE in Victoria Island but was prevented from speaking with officials of the IOC.

Similarly, the FIRS declined to speak on the case as several emails sent to the agency were not replied.

The Guardian later reported that the tax authority has said it will refund the N360 million and $2 million excess withholding tax (WHT) deducted from Arco through its business dealings with General Electric (GE).

The paper said the details were contained in a letter it obtained, dated July 26, 2018, and directed to PricewaterhouseCoopers (PwC) Limited, (tax advisers to GE) with reference number FIRS/TPAD/GEN/272/V.IX/.

“In respect of the treatment of excess WHT deducted from Arco and remitted to FIRS, Arco has either of the following two options: To formally apply to FIRS for the refund of the excess WHT deducted so long as there is evidence of remittance to the FIRS account; or to use same to offset its future tax liabilities,” the FIRS letter reportedly read.