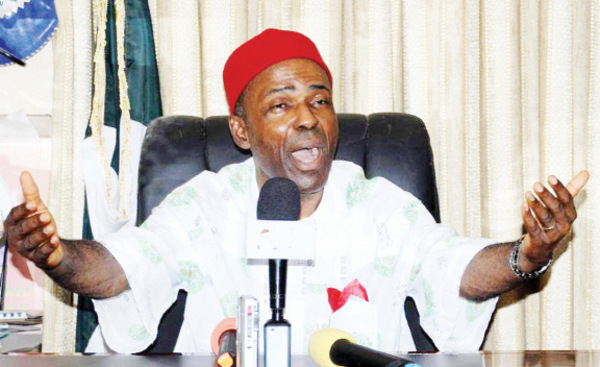 The Federal Ministry of Science and Technology (FMST) has disbursed a grant of N45 million to deserving inventors and innovators in Nigeria, an official, Mohammed Jubrin, has said.

Mr Jubrin, who is the Director-General, National Board for Technology Incubation (NBTI), made this known to the News Agency of Nigeria (NAN) on Thursday in Abuja.

The director-general said the N45 million was disbursed by the Minister of Science and Technology, Ogbonnaya Onu, to inventors and entrepreneurs in 2017.

He explained that this has assisted the development or the culture of entrepreneurship, which is technology based and after some time, we expect these companies to become key players in the economy.

Mr Jubril said another N45 million had been appropriated this year for disbursement to other inventors and entrepreneurs.

According to him, at the appropriate time an advertisement will be made so that inventors and innovators could apply and get the opportunity of being supported by the government.

“The NBTI has been part of the presidential standing committee on inventions and innovation, which identifies innovators, inventors and other technocrats for grants.

“A committee had been set up with the aim of using industries for the development of Nigeria by harnessing all researches and development results and other innovative efforts for commercialisation.

“The Chairman of NBTI Board in his wisdom constituted a committee that would address stakeholders’ linkages and collaborations and strategic membership will be articulated so that we would strengthen that aspect.

“This will spur inventors to have more opportunities in NBTI, fortunately NBTI has been part of the presidential standing committee on inventions and innovations.

“This a committee that identifies inventors, innovators and other technocrats for grants from the Federal Government.”

Mr Jubril said the board was committed to intensifying linkages and collaborations so that all inventors would have more opportunities in NBTI, saying that the board would lay more emphasis on commercialisation and community incubation.

“We will pay more attention to the real commercialisation of research and development results so that we can have new emerging companies that originate from literary works and from knowledge sources.

“We will pay attention to community incubation, a situation where you have people fighting in Benue and Taraba because they don’t have anything to do despite they have the abundant raw materials around them.”