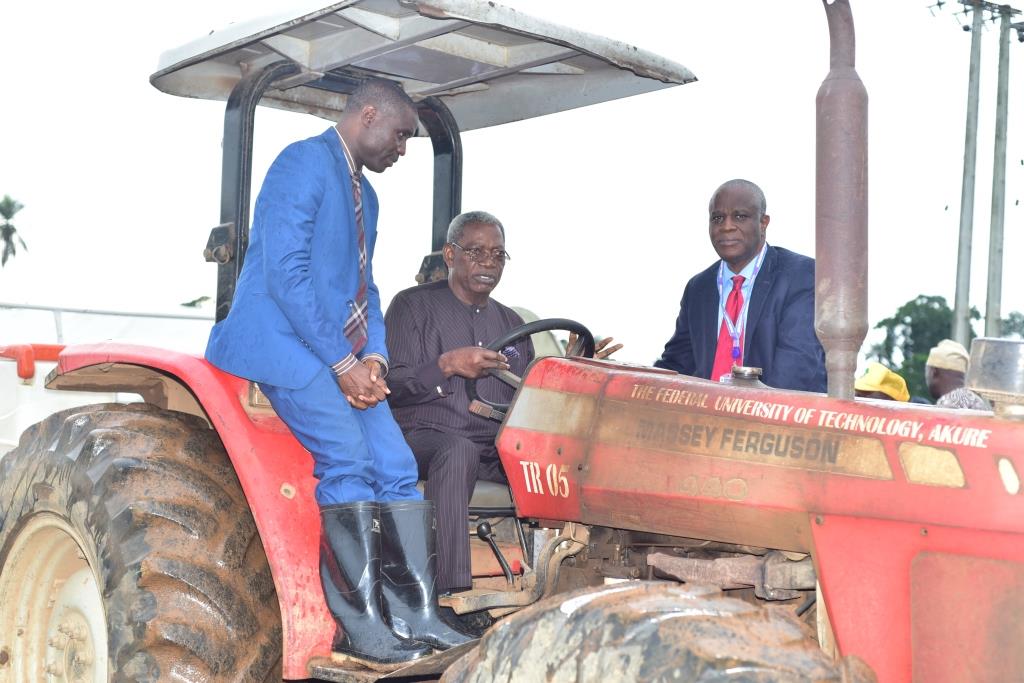 To fulfil one of the core mandates of its establishment, the Federal University of Technology, Akure, has commenced commercial farming.

Flagging off the venture, the Chairman of the Governing Council of the University, Joseph Waku, described the move as a right step in the right direction.

He expressed happiness and optimism that it will not only contribute to the banishment of hunger in and around FUTA and Akure environs, but it will also boost the internally generated revenue of the Institution.

Mr. Waku, a former senator, said the Federal University of Technology, Akure, has, by its action, again demonstrated its relevance to the society by taking its rightful position through aggressive production of agricultural produce for neighboring communities and generating more revenue for the Institution.

He also said through the exercise, peasant farmers would be educated on mechanized farming.

Speaking at the event, the institution’s Vice-Chancellor, Joseph Fuwape, expressed his gratitude to the Council for approving the proposal to commercialize farming on campus.

He said because of the nature of the project and the enormous funds required, the management has resolved to collaborate with stakeholders within and outside the University. In view of this, he said all relevant cooperative societies are invited to partner with the University.

Corroborating the Vice-Chancellor, the Deputy Vice-Chancellor [Development], Philip Oguntunde, said in order to run the project independently and be able to meet up with the financial requirement, all Cooperatives on campus are involved.

The farm is on 15 hectares of land and it will involve crop farming, hatchery, fishery and livestock production.

Speaking on the development, the Dean, School of Agriculture and Agricultural Technology [SAAT], Taiwo Amos, assured Mr. Waku and the University Management that the project would be properly managed under the watch of the University’s Teaching and Research Farm to meet the expectations of the University and other stakeholders.

To practically demonstrate and declare the project open, Mr. Waku, together with the Vice-Chancellor, Professor Fuwape and Dean, SAAT, Professor Amos, did symbolic maize planting with the University’s mechanical maize planter which is capable of planting and applying fertilizer to the crop simultaneously.