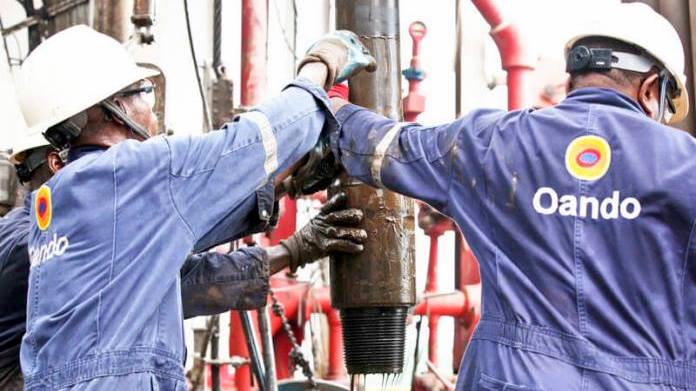 The Nigerian Stock Exchange (NSE) says trading will resume on Oando shares at the start of trading on Thursday.

A statement by Joseph Kadiri, NSE media officer, said the exchange regretted all inconveniences created by the confusion in the lifting of suspension on the company’s shares Wednesday.

PREMIUM TIMES had reported how a few hours after suspension on the company’s shares was lifted, the NSE reversed the decision.

The decision caused confusion on the floor of the exchange with investors calling on the exchange to address the concern.

The NSE in its statement late Wednesday said by a letter dated April 9 from the Securities and Exchange Commission, the exchange was directed to lift the technical suspension placed on the trading of Oando’s shares.

“In compliance with the Commission’s directive, The Exchange by a letter dated 10 April 2018, informed the Commission that it will lift the technical suspension placed on the shares of Oando effective 11 April 2018. This action was duly effected and trading commenced without any impediment to price movement in the morning of 11 April 2018.” the statement said.

“In order to ensure compliance with the Commission’s further communication notwithstanding the fact that The Exchange’s systems cannot implement a technical suspension intraday, the Exchange suspended trading in Oando’s shares. The Exchange regrets any inconvenience that may have arisen due to the foregoing.”

The NSE said in the overall interest of investors in Nigeria’s capital markets, and following consultation with the SEC, at the start of trading Thursday, trading in Oando’s shares will resume without any impediment in price movement consistent with the NSE’s market structure.

“The Exchange shall endeavor to keep the investing public and the entire capital market ecosystem informed should there be any further developments on this matter,” the statement said.

NSE had on October 18, 2017, announced that it had placed the shares of the company on ‘full suspension for 48 hours.’

The exchange, thereafter on October 23, 2017, further announced that it had placed the shares of the company on ‘Technical Suspension.’

The NSE informed the company that the suspension of its shares by the NSE was done in compliance with a directive issued to it by SEC.

SEC issued the directive following petition submitted to it by two aggrieved shareholders of the company.

The energy firm is currently undergoing a forensic audit by external auditors.

Why you should invest today for a better future