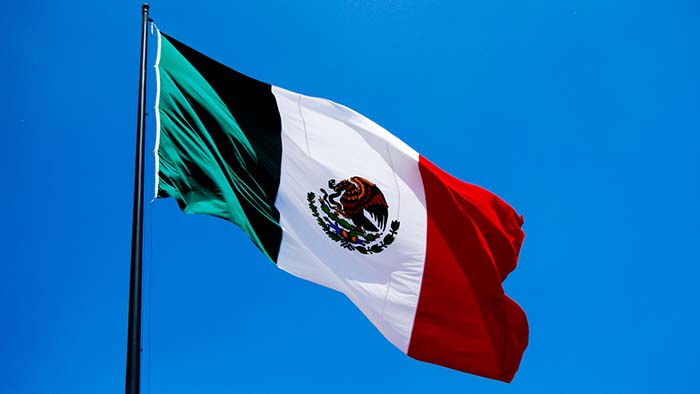 The Mexican Embassy, Deputy Head of Mission, Rodrigo Tenorio, made this known in an interview with the News Agency of Nigeria (NAN) in Abuja on Monday.

He spoke on the sideline of a roundtable for working business discussion on trade mission to Mexico organised by the Nigerian-Mexican Chamber of Commerce and Industry (NMCCI) and Mexican Embassy.

“Though the figure may be small but in reality it is a huge transaction that we have in the last 15 years, which was then 45 million dollars.

“What that means is that it has grown more than 500 times in 15 years and our aim and goal is to ensure it grows more.

“There are some similarity between Nigeria and Mexico, we are predominantly largest and young population and we are about power house of our region just as Nigeria in Africa,” he said.

According to him, Mexico sees Nigeria as a natural spring board to stand for the entire Africa and main goal is to make sure that Nigeria is known as number one economy in Africa.

He said that the major challenge in the relationship between the two countries was that they did not know each other well.

“We do not know each other, Mexico is known for drugs while Nigeria is known for Boko Haram and other social vices.

“But there is much more than that, what is most important in building the relationship is to know each other better.

“Once we know that Mexico is more than drug cartel and baron, Nigeria is much more than a small group in the north causing trouble,” he said.

According to him, if we know ourselves better the business people could sit down and start discussing potential businesses for the future.

The Vice President of NMCCI, Chukwuemeka Elele, said the Chamber was launched in December 2014 as part of efforts to further strengthen the bilateral trade relations, between the two countries.

He said the chamber had organised its first trade mission to Mexico in May 2015 with 35 Nigerian entrepreneurs participating.

The trade mission, he said, had given birth to a lot of successful firms in Nigeria today in term of export to Mexico, saying that there was a lot for Nigeria to gain in business relationship with Mexico.

He said that Mexico Business Summit was coming up October 2017 and urged Nigerian businessmen to take advantage of the opportunities in Mexico.

“These three organisations signed Memoranda of Understanding with their counterparts in Mexico to promote bilateral trade, investment, joint ventures and strategic alliances.

“These agreements have created opportunities for business in Mexico.

“We are looking at what each country can gain from each other; we are not looking at one sided economy but a mutually beneficial relationship, he said.

He said that before now 80 per cent of Mexico’s revenue used to come from oil just like Nigeria and 20 per cent from manufacturing sector.

“However, today they have changed the equation, only 20 per cent of their revenue comes from oil and 80 per cent comes from manufacturing.

“And today the economy is doing very well and Nigeria is now treading the same path, understanding the fact that mono economy is dangerous; we can learn a lot from Mexico,” he said.(NAN)