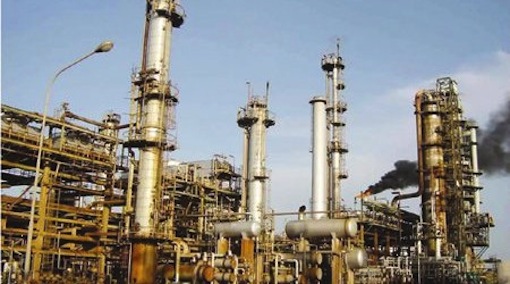 The Nigerian National Petroleum Corporation, NNPC, said on Thursday that one of its refining subsidiaries, the Kaduna Refining and Petrochemical Company Limited, KPRC, has been losing an average of N2.2 billion annually to illegal tapping of its raw water pipeline.

The pipeline, which conveys water from Kaduna River to generate power used in running the refinery, serves as coolant for its equipment. The water is equally deployed to combating fire outbreaks in the facility.

But, following a series of illegal tapping, the refinery management said it was now spending more on diesel and other material inputs in the maintenance of its generators and other equipment.

KRPC Managing Director, Idi Mukhtar, said in Kaduna that the consumption of raw water from the tapped pipes by settlers who encroach on the refinery premises was imposing additional burden on the refinery’s industrial requirements.

Mr. Mukhtar said other forms of losses due to the illegal tapping on the pipeline was slowing down the build-up rate of water in the reserve tanks, which endangers the refinery.

To consider safe for operations, the plant requires a certain minimum level of water, the Managing Director explained.

Blaming the illegal acts mostly on Janruwa, Kamazo, Namaigero and Mahuta communities in Kaduna metropolis, located along the pipeline’s right of way, Mr. Mukhtar called on the relevant state government agencies to intervene and urgently resolve it.

“We require a particular amount of water sufficient enough to generate steam and other industrial consumption needs,” Mr. Mukhtar said. “But, because of the illegal tapping of our water pipeline from the adjoining communities, we need to put more effort to meet our industrial requirements as well as satisfy the appetite of illegal tappers.”

Noting the promise by the Kaduna State government to find lasting solutions to the challenge, Mr. Mukhtar said the Kaduna State Urban Planning and Development Authority and Kaduna State Water Board had also been contacted to address the issue of land encroachment on KRPC Right of Way.

Urging illegal tappers from the water pipeline to desist, the MD warned that untreated raw water was not fit for human consumption.

KRPC’s Executive Director Operations, Shehu Malami, also expressed the fear that if the problem was not resolved urgently, it could ultimately affect the smooth operation of critical units of the plant.

Mr. Malami however assured that the encroachment would not affect the NNPC’s plan to co-locate refineries.