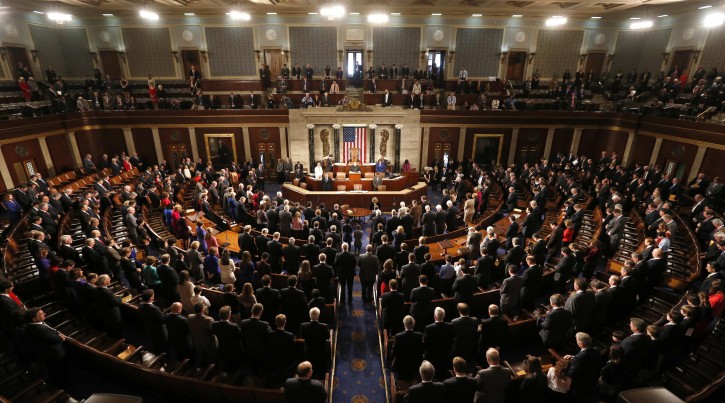 The U.S. Senate on Friday passed a resolution to repeal a popular regulation which made it mandatory for international oil and gas companies to disclose details of payments to the U.S. or foreign governments for commercial operations.

The resolution was a confirmation of the House of Representatives approval of the repeal earlier, apparently pursuant to new President Donald Trump’s wish to expunge Section 1504 of the Cardin-Lugar anti-corruption rule of the United States 2010, Dodd-Frank Financial Reform Act.

The law was brought in after the 2008-09 financial crisis, and was aimed at avoiding another financial meltdown.

The legislation, currently awaiting the signing of an executive order by President Donald Trump, was criticised as “overly-restrictive.”

Dodd-Frank was named after the U.S. Congressman who championed the campaign to get the law passed to regulate the risky practices by banks and other financial institutions after the 2008 crisis.

President Trump, who in the run-up to his election, had strongly criticised the Act as a regulation that put U.S. firms at a disadvantage against their foreign competitors, particularly in providing valuable information about their operations, had this week described Dodd-Frank as “a disaster.”

But, the repeal of the law is a massive setback to the quest by the global Extractive Industries Transparency Initiative, EITI, to ensure public disclosure of details of financial payments and receipts by international oil, gas and mining firms.

Criticisms by oil industry operators have since continued to trail the resolution by the U.S. Congress, with the Africa Network for Environment and Economic Justice, ANEEJ, describing it as “obnoxious” and an act designed to promote corruption.

ANEEJ said in a statement by its executive director, David Ugolor, that it strongly condemned the repeal of Section 1504 of the Cardin-Lugar anti-corruption rule of the U.S 2010, Dodd-Frank Financial Reform Act, requiring all oil, gas or mining companies to file an annual report disclosing what the companies pay to host governments annually.

“What this obnoxious repeal translates to is that it promotes impunity, it’s a huge boost for corruption to thrive in Africa, and assists to international oil companies to be opaque,” Mr. Ugolor said.

ANEEJ boss said prospecting oil companies in Nigeria have always mixed up what accrues to them, adding that the repeal would further encourage the companies to short-change oil-based economies of Africa’.

Under the repealed section, international oil companies in host communities were required to disclose the balanced amount of their accruals from prospecting oil and what they have paid to their host communities.

These companies were expected to disclose project level information for all payments of $100,000 or more to host countries.

These disclosures were to include total amounts of payments for projects, type and amount made to each government, including information of the geographical location of that government, the currency and financial periods such payments were made.

“Repealing that section is a license for corruption and hands a Father Christmas gift to dictatorial regimes in Africa.

“The repeal clearly demonstrates that the US government has abdicated its role as leader in the fight against corruption in Africa, and is resolute with siding with big multinationals for profit, against the poorer economies of the world where resources are mined,” Mr. Ugolor said.

Mr. Ugolor noted that corruption had taken basic welfare and livelihood from the economies of Africans, resulting in a rise in the number migrants from Africa seeking greener pastures abroad.

“We call for a global coalition of stakeholders to put pressure on the U.S. President Mr. Trump to set aside this unfortunate action of the U.S. Congress,” he said.