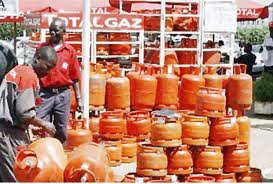 The vessel is scheduled to return to NLNG’s facility in Bonny to reload, in an effort to ensure adequate supply and price stability in the market.

Earlier, the NLNG had refuted claims that the company increased the price of liquefied petroleum gas, LPG, in the market.

Media reports had it that the cost of refilling cooking gas skyrocketed during the past week, leading to increase in the cost of LPG products nationwide. The price of the product reportedly skyrocketed from 3,000 to 5,500 in some parts of Abuja.

But in a statement released by the company, NLNG said delays to vessel discharges at the receiving facilities in Apapa, Lagos, led to a temporary supply disruption. The delay, the statement said, coupled with jetty unavailability, resulted in temporary product shortages in the market.

“Recent delays to vessel discharges at the receiving facilities in Apapa, Lagos which are multi-use terminals with berthing priority accorded to vessels discharging other oil products (Petrol, DPK and Diesel), have (also) led to a temporary supply disruption over the last 2-3 weeks.

“For instance, NLNG’s dedicated LPG vessel has been unable to discharge LPG at the Apapa port since 29th December 2016 due to jetty unavailability, resulting in temporary product shortages in the market.”

While refuting media reports that the NLNG increased the price of the gas, the statement said that the NLNG rather softened the impact of price variations by continuing to subsidise the cost of transporting its about 40 per cent of total domestic market share.

“Nigeria LNG’s domestic LPG price is based on an international price index plus 50 per cent of the shipping cost of delivering the product to receiving facilities in Apapa-Lagos.

“That price is invoiced in Naira at the prevailing official interbank exchange rates, contrary to erroneous assertions made in parts of the media.

“The reality of this is that although LPG is produced and consumed locally, the product like crude oil, is an internationally traded commodity with an international price benchmark, open to global demand and supply pressures,” the statement had said.

“NLNG however softens the impact of price variations by continuing to subsidise the cost of transporting about 40 per cent of total domestic market share which it supplies from its production facility on Bonny Island.”

While affirming its commitment to the development of the Liquefied Petroleum gas market, the statement also stated that the company approved an increment in LPG supply into the domestic market from 250,000 metric tons to 350,000 metric tons annually.

“NLNG remains fully committed to the goals of ensuring LPG supply availability, reliability and affordability which are key for the development and growth of the Domestic LPG market.