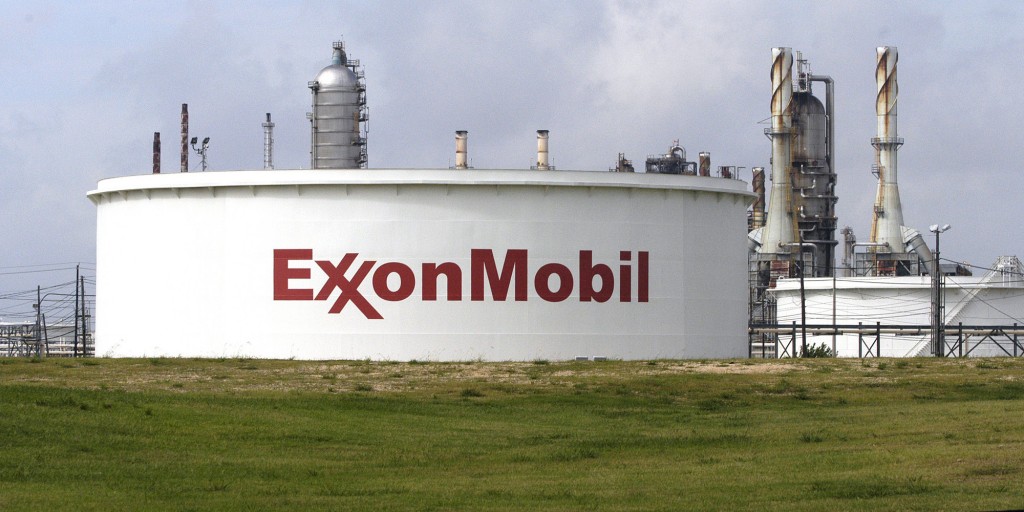 The Nigerian headquarters of U.S. oil major, ExxonMobil, has been shut following a standoff with blue-collar oil unions over the sacking of 150 ExxonMobil workers.

Members of the Petroleum and Natural Gas Senior Staff Association of Nigeria, PENGASSAN) besieged the Lagos office of the oil giant, protesting the sacking of Nigerian workers.

The standoff is coming on the heels of a similar development on Wednesday in Upkenekang Community in Akwa Ibom, where angry youths disrupted the operations of the company over the sacking of contract workers who are from the area.

The protesters, numbering over 1,000, barricaded entry points to the company with boats, coffins, leaves and placards, having different inscriptions.

The Chairman of the ExxonMobil Branch of PENGASAN, Paul Eboigbe, confirmed the closure of the company’s Lagos office.

He told the News Agency of Nigeria that the management of the company went ahead to issue sack letters to worker, while negotiations were still going on.

He said the union had to resist the action of the management and went ahead to shut down the Exxonmobil headquarters.

Mr. Eboigbe directed the company’s workers at offshore locations to shut down rigs.

The unionist said the company’s management disregarded laid down procedures and humiliated workers by serving them sack letters when all avenues to achieve a peaceful resolution were yet to be explored.

The South-West Branch Chairman of PENGASSAN, Tokunbo Korodo, said that picketing of ExxonMobil office was also being carried out by members of the union.

Mr. Korodo noted that the picketing was as a result of the anti-labour practices of the company.

He urged the Federal Ministry of Labour and Productivity to take up the anti-labour practices of International Oil Companies, IOCs, operating in Nigeria.

Mr. Korodo disclosed that the national body of the union had said that its members would embark on strike after the New Year holidays, if nothing was done to resolve the situation.

“This is just the beginning of our strike against injustice against our members working with IOCs.

“Our members now wear red clothes and put leaves on their trucks to show the injustice by these people.

“We have resolved to commence strike next year if government does not find a solution to the exploitation by IOCs,” he said.

The Manager, Media and Communications of ExxonMobil, Oge Udeagha, said the company was always evaluating its operations.

“We invest for the long-term and focus on maintaining a stable, well-developed workforce and are committed to treating our employees with respect in accordance with applicable rules and regulations.

“This is a limited programme that will impact a relatively small fraction of employees,’’ he said of the disengaged workers.

“Special benefits specifically introduced for this purpose will be paid to affected employees, consistent with existing labour agreements.

“The company is also arranging special programme to support the transition from the company for those affected.

“We respect the rights of our workforce and will continue to engage with them to resolve this situation,” Mr. Udeagha said.

Anenih’s Bundle of Fallacies, Self Praise and Half Truths